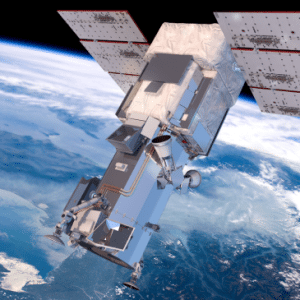 [Via Satellite 03-25-2016] DigitalGlobe has reached an agreement with an existing international defense and intelligence customer to convert an existing letter of intent into a definitive agreement. The new agreement extends the customer’s contract by four years and adds direct access to the WorldView 3 Earth observation satellite.

DigitalGlobe included this agreement in the company’s previously announced $38 million of incremental annual revenue starting in 2017 from contracts and letters of intent with international defense and intelligence customers. Total commitments from these customers for capacity on WorldView 3 and WorldView 4 stands at $335 million; the percentage under firm contract has increased from 60 percent to approximately 70 percent.

WorldView 3 launched in August 2014 aboard an Atlas 5 rocket from Lockheed Martin Commercial Launch Services. WorldView 4 is scheduled to launch in September this year.