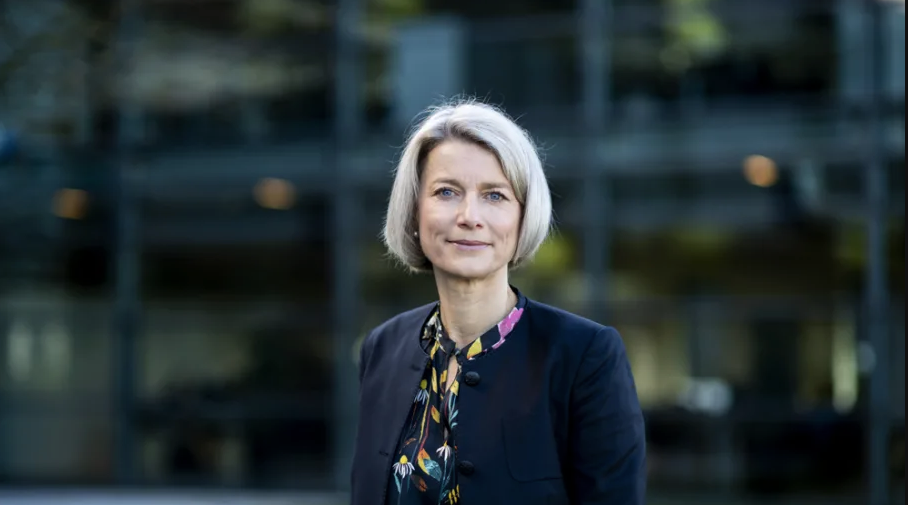 Eutelsat Communications has appointed Eva Berneke as the company’s next CEO. Berneke will be the first woman to take the role. Eutelsat announced Dec. 19 that Berneke will assume her position on Jan. 1, and be co-opted as a member of Eutelsat’s board as well.

Berneke joins Eutelsat from KMD, an IT and software company in Denmark, part of the NEC Group. She oversaw the transformation of KMD from a mainly government service provider to a digital company competing in both the public and private sectors. She previously held senior positions at TDC, formerly TeleDanmark, and worked for McKinsey.

“I am hugely excited to join Eutelsat at this compelling stage in its development,” Berneke commented. “As one of the world’s leading satellite operators, Eutelsat’s innovation track record, its exceptional suite of in-orbit assets, and its solid financial position, mean it is strongly positioned to be among the successes in the Space Sector in the years ahead.”

Dominique D’Hinnin, chairman of Eutelsat’s board of directors, said Berneke is the right person to lead the company’s transition toward the connectivity business.

“She brings to us an unparalleled skillset combining deep experience of both the telecoms and technology sectors at an international level as well as a proven and successful track record in transforming businesses in rapidly changing, highly technical, and regulated markets,” D’Hinnin said.

Berneke joins Eutelsat at a time of change. The company maintains a strong video business, but is investing into connectivity markets as well. Over the past two years, Eutelsat has rolled out Konnect broadband service in Europe and Africa. Eutelsat saw 7% growth in its Fixed Broadband segment for fiscal year 2020-21 over the prior year.

The Geostationary Orbit (GEO) operator also made a splash in 2021 by investing into Low-Earth Orbit (LEO) operator OneWeb. Eutelsat and OneWeb have commercial teams working together on a combined offering for GEO and LEO service, leaders confirmed last week at World Satellite Business Week.