SPACs for Space: Are Startups Ready for the Public Markets? 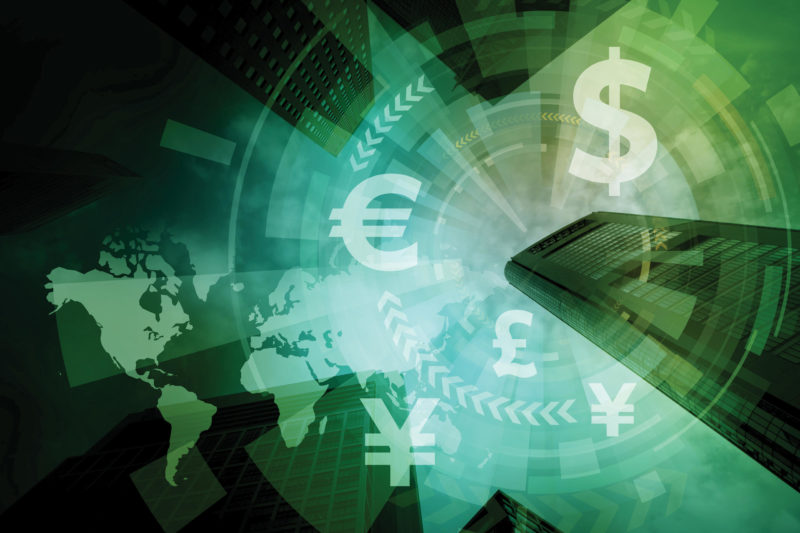 Via Satellite spoke to a number of space investors and analysts to gauge the benefits for startup companies that take this route to scale. While most industry watchers see SPACs as an opportunity, several noted the high expectations for executing bold growth projections to justify valuations — all while under the scrutiny of being a publicly traded company.

In the SPAC process, a shell company is formed and goes public. Then, the shell company looks for a company to combine with. The SPAC’s investors must approve the combination for the merger to go forward. “A SPAC is in essence a pool of capital looking for an investment target, and if it doesn’t find one in time, the sponsor has to return purchasers’ money,” said Owen Kurtin of Kurtin PLLC law firm, which focuses on satellite and space, among other sectors.

Although the SPAC acronym is just missing the “E,” this finance route isn’t exclusive to the space industry. According to Spac Research, 2020 saw an explosion of this mode of financing as $83 billion was raised in SPACS, compared to about $14 billion in 2019. Last year saw 248 SPAC IPOs. As the flurry of space SPAC deals indicate, this year is already set to outpace 2020, and $77 billion has been raised at press time, and there have been 240 IPOs.

Mike Collett, founder and managing partner of Promus Ventures, is an investor in both Rocket Lab and Spire. He said that the current low interest rate environment brings an appetite for risk. At the same time, companies are staying private for much longer. In some of these situations, investors want to see an exit and float stock.

For the company going public through a SPAC, Collett said the process is less burdensome than a traditional IPO, and it comes with the benefit of the ongoing relationship with the SPAC partner. He said it makes sense for space startups that require large amounts of capital to execute their business models, adding that going public enables these companies to then buy downstream assets, which is difficult to do as a private company.

Kurtin sees the increased use of SPACs as a positive development in financing options because the traditional IPO has become so difficult that most companies can’t go public, and therefore private equity has replaced public capital markets.

Yet Kurtin sees a bubble in the current situation. “It’s become quite a seller’s market for companies, which is why they’re getting these exaggerated valuations. It’s a bubble, arguably,” he said. “There are more SPACs around looking for companies to combine with than decent companies with some operating history to do the combining with.”

Kurtin and others question the valuations that the space SPACs have announced, which are based on projected future revenue, and represent significant year-over-year growth, for multiple years in a row, for some companies that are pre-revenue.

NSR Research Director Claude Rousseau was critical of the space companies’ valuations and revenue projections. “I think it will be extremely difficult to reach those revenues,” he said. “The road to market has taken them a long time to get where they are, and they have not really generated that much revenue. I’m just wondering what’s different now —  they have more cash? Or is it because they’re going in a different direction?”

Rousseau doesn’t think attempts to attract more investors is bad thing. But, he strongly cautions against setting unrealistic expectations for those investors. “I looked at the expectations of the market, the intangibles, and the market potential. I’m trying to do the math and it doesn’t work,” he said.

When Deloitte’s space sector specialist leader Jeff Matthews assesses these SPAC valuations, he sees “the art of the possible.”

Matthews explained that the space industry, historically, hasn’t been shy about making ambitious growth projections, and that slower-than-expected uptake in the market is often due to the complexity and challenges of space technology development.

“There’s never been more pent up launch demand. There’s never been more new applications for robotic servicing, for mission extension vehicles, and on orbit activities. The potential market size is quite significant,” Matthews said. “If these companies can leverage that influx of new capital to go capture that and deliver those services, I think we will see substantial growth in some of these companies that are going public.”

William Ricard, a manager in the space practice at PwC, said SPACs could benefit space companies with strong business plans, but cautioned against using a SPAC for research and development: “If the company has a solid stream of revenue, and a solid business case, I think the SPAC will be successful,” Ricard says. “In my view, you should not use a SPAC or an IPO to finance R&D. It’s a way to scale up on the market.”

Everyone Via Satellite spoke to for this story pointed to the fact that SPACs bring both a wave of capital and the intense level of scrutiny that comes standard with being a publicly traded company. The SPAC announcements and investor presentations were the start of this scrutiny, as the private startups revealed their revenue — or lack thereof — for the first time.

That scrutiny can bring real consequences. Momentus, for example, had its founding CEO Mikhail Kokorich resign due to regulatory concerns with his status as a Russian citizen. The company said Kokorich’s resignation was in the company’s best interest to expedite U.S. government national security and foreign ownership concerns.

Collett of Promus Ventures is a proponent of companies “growing up” and becoming public, but cautions that companies must be prudent if they are ready to take that step or not. “You don’t do the trade for some big amount of cash that you put on your balance sheet — because the public markets are brutal. They will give, and they will take away,” he said.”

In terms of public scrutiny, Matthews said companies face the danger of eroding shareholder value if they miss milestones or run into development timeframes.

“In the grand scheme of things, we’re going to see some fluctuations,” Matthews said. “There’s going to be some delays in the go-to-market strategy. We’re going to see a bit of fluctuation in any of the stock prices. But I think at the end of the day, these companies have some solid plans to deliver value to the market, to the industry, and to their shareholders. My hope is that it’s much more positive than negative as it plays out.”

Via Satellite’s coverage of space industry SPACs will continue this month with interviews featuring executives from some of the potential SPACs mentioned in this article, including Rocket Lab CEO Peter Beck.