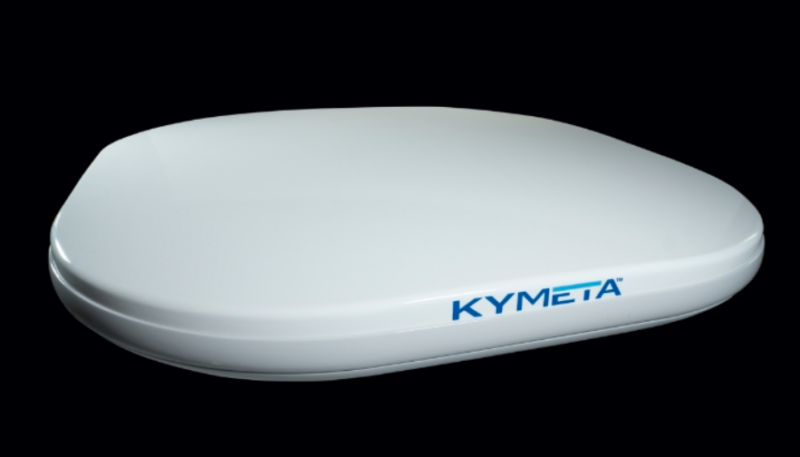 Flat panel antenna company Kymeta Corporation has acquired satellite service provider Lepton Global Solutions LLC, in a move that executives say will strengthen their go-to-market position with the u8 antenna and Kymeta Connect service. Terms of the deal were not disclosed.

Doug Hutcheson, Kymeta executive chairman told Via Satellite that this situation — an antenna company acquiring a service provider — fits with Kymeta’s unconventional plan to take their u8 antenna and Kymeta Connect service to market by combining hard assets and service. Kymeta plans to sell its hardware in a composition of connectivity services, where the cost of the antenna is spread out on monthly charges, a setup that is attractive to buyers like first responders. He said this approach is responsive to the problem customers are looking to solve.

“Typically you would go out buy the antenna and you’d go to someone else to buy the software and someone else would buy the connectivity. The issue in land mobility is people aren’t traditional satellite operators, they don’t know how to do all of that,” Hutcheson says. “That’s why this one flat rate monthly product is so interesting to bring something to land mobility for military and first responders that hasn’t been done before.”

Hutcheson added: “Where Lepton is today is where we are pivoting the business to go. So we are aligned strategically. Their business allows us to move into that dynamic that much faster. But at the end of the day it’s really about giving that customer, regardless of the verticals that they’re in, that highly sophisticated solution around a connectivity outcome.”

The acquisition, announced Tuesday, comes as Kymeta gets closer to the commercial launch of the flat panel electronically steered u8 antenna platform. Customer trial units will be shipped in the next few weeks, with production units shipping before the end of the year.

Walter Berger, president and COO says Lepton Global’s strong relationships with the Department of Defense (DoD) will help Kymeta target the military as a customer, its primary target customer after first responders. Kymeta wants to go on Programs of Record (POR), and Lepton’s experience will advantage that process.

“When you look at our company, our technology is both disruptive and responsive to the market,” said Berger. “The way they’ve served their verticals has been equally as exemplary. So for us, this is really a very sensible approach for us to look at how to accelerate this very broad and deep group of DoD and military-centric people.”

Lepton will maintain its branding as a wholly owned direct subsidiary of Kymeta. Lepton sells Kymeta antennas and other companies’ antennas and will continue to do so. The companies have worked closely together over the past few years, which Berger says plays into the sensibility of the acquisition. He expects the companies to be integrated and able to drive results quickly.

Lepton Managing Partner Isabel LeBoutillier commented in a news release: “Given our existing working relationship, we recognize the synergies that even closer partnership will bring, and our whole team is very excited to be joining Kymeta. Our service-based background enriches the extensive industry knowledge and expertise already present at Kymeta, creating a truly collaborative powerhouse with cutting-edge capabilities in the satellite communications industry.”

The Lepton Global team of less than 12 employees, led by Managing Partners Rob Weitendorf and LeBoutillier, will join Kymeta. Lepton will also maintain its presence in Tysons Corner, Virginia, outside of Washington, D.C. This will give Kymeta, which has less than 200 employees and is based in Redmond, Washington, a home base on the East Coast.