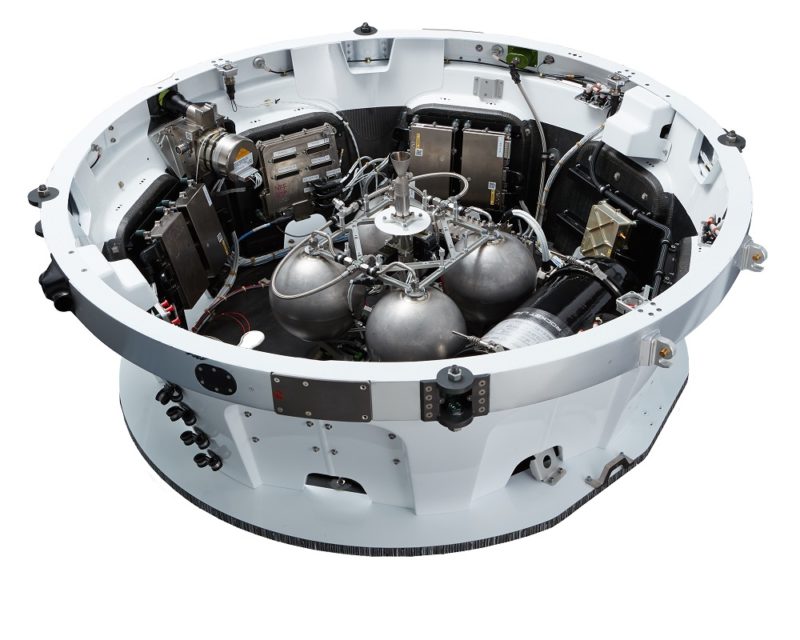 Rocket Lab, whose new Electron launch vehicle recently reached orbit for the first time, revealed Jan. 23 that the rocket included a previously undisclosed kick stage designed to increase orbital options for small satellites. The kick stage is equipped with its own avionics, power and communications systems, and Rocket Lab plans to offer it as an option for future flights.

To minimize space junk, the kick stage is designed to de-orbit after it finishes its mission.

During its Jan. 21 mission, the Electron lifted off from New Zealand and deployed three small satellites: a Planet Dove Pioneer for Earth imaging, and two Spire Lemur 2 for weather and ship tracking.

While the rocket’s second stage deployed the Dove, the kick stage coasted for about 40 minutes before firing an engine and placing the Lemur 2 cubesats into their optimal, circularized orbits, Rocket Lab said.