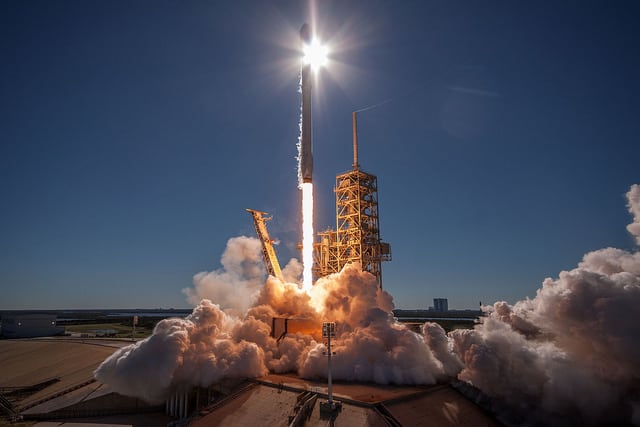 A Falcon 9 rocket lifts off for the Koreasat 5A mission on Oct. 30. Photo: SpaceX.

SpaceX successfully relanded yet another Falcon 9 first stage booster after delivering the Koreasat 5A satellite to orbit for South Korean operator KT Sat on Oct. 30. The rocket lifted off from the Kennedy Space Center in Florida at 3:34 p.m. EDT, deployed the satellite to Geosynchronous Transfer Orbit (GTO), and then gently touched down on SpaceX’s “Of Course I Still Love You” autonomous drone ship.

Images from the landing showed that the booster’s aft had caught fire during the landing but was otherwise intact. This launch marked SpaceX’s first launch for KT Sat and its 16th for the year so far.

Koreasat 5A, also referred to as Mugungwha 5A, is a replacement for KT Sat’s Koreasat 5 communications satellite, and will expand the operator’s coverage across Asia and the Middle East. The satellite is equipped with 12 Ku-band transponders of 36MHz and 24 Ku-band transponders of 54MHz, and will provide commercial Direct-to-Home (DTH) broadcasting services in the North Asia region from its 113 degrees east orbital slot.