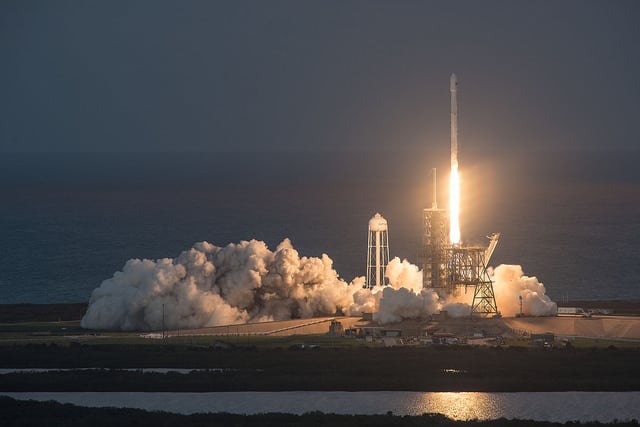 Israel-based satellite operator Spacecom has selected SpaceX to launch a new satellite in the second quarter of 2019, and potentially another satellite the year after. According to an Oct. 18 press release, Spacecom will use the funds from SpaceX’s failed attempt to launch Amos 6 last year to cover the costs of launching the first satellite, dubbed Amos 17.

In Sept. 2016, a SpaceX Falcon 9 rocket carrying Amos 6 exploded on the launchpad at Cape Canaveral due to an anomaly related to the upper stage oxygen tank. The incident threw a wrench in Beijing Xinwei Technology Group’s plans to acquire Spacecom and also dashed Facebook’s hopes of using the satellite to provide internet access in Africa.

Amos 17 is not meant to replace that lost satellite, but rather Amos 5, a satellite covering all of Africa that Spacecom lost contact with in 2015. In February, Spacecom signed a four-year agreement with AsiaSat 8 for exclusive rights to its AsiaSat 8 satellite to accommodate for the loss of Amos 6.

Spacecom announced it may also launch a second satellite as a permanent replacement for Amos 6 — called Amos 8 — on a SpaceX Falcon 9 rocket in 2020. The company has not, however, announced any official orders for the satellite, and has the option to cancel the launch agreement if it does not ultimately sign a purchase agreement.