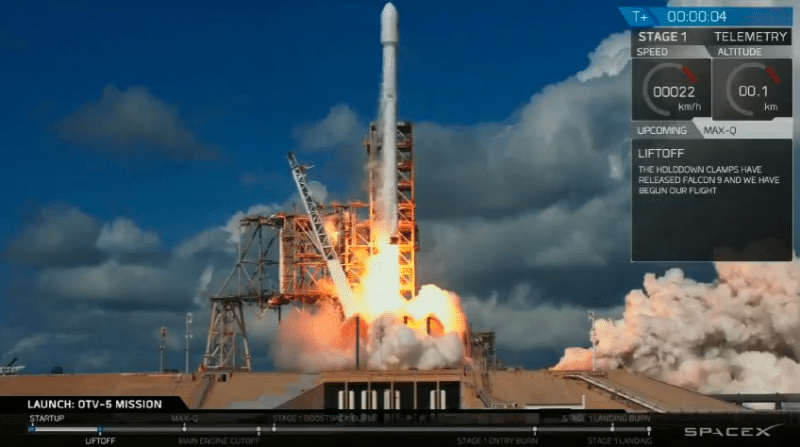 SpaceX has marked its seventh Falcon 9 ground landing after successfully orbiting the U.S. Air Force’s X-37B spaceplane, also known as Orbital Test Vehicle 5 (OTV 5). With Hurricane Irma swirling over the Northeast Caribbean, the Sept. 7 mission was potentially SpaceX’s last opportunity before the weekend due to worsening forecasts for Friday’s backup launch window. A delay to Friday would have shrunk launch probability to just 40 percent.

Most of what X-37B will do in orbit is classified, but the U.S. Air Force has confirmed the military spaceplane will fly in Low Earth Orbit (LEO) to deploy multiple small satellites and conduct experiments. According to Florida Today, analysts speculate X-37B will test sensors and other technologies that could be leveraged for intelligence or surveillance operations.

The previous X-37B mission concluded in May, after orbiting the Earth for a record 718 days.