Rocket Crafters Exec on the Advantages of Hybrid Rocket Engines

Rocket Crafters Inc. (RCI) has developed a new hybrid rocket engine that is both safer and less expensive than its liquid and solid chemical engine counterparts, according to the company’s Chief Executive Officer (CEO) Sid Gutierrez. Following a research contract awarded in late July, RCI will build and test a new large-scale engine based on its Direct-Digital Advanced Rocket Technology (D-DART) for the Defense Advanced Research Projects Agency (DARPA).

In an interview with Via Satellite, Gutierrez explained that one of the biggest disadvantages that come along with solid engines is that they cannot be shut down, restarted or throttled once engaged. On the other hand, liquid engines have a reputation for failure due to their complex designs, which include turbo pumps and cryogenic propellants. Hybrid engines’ relative simplicity make them inherently safer in comparison, Gutierrez said.

“[Hybrid engines] are much less complex and more reliable because they have fewer moving parts,” he said. “Our hybrid has two moving parts when the engine is operating. There’s a valve that controls the flow of the oxidizer, nitrous oxide, to the fuel grain, and there’s another valve that controls the pressurizing gas that helps force the nitrous oxide into the fuel grain. So that’s very different than a liquid that has many, many moving parts.” 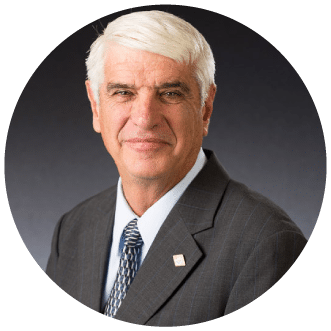 According to Gutierrez, RCI also distinguishes itself from other hybrid engine manufacturers by foregoing the standard pour molding technique to produce its fuel grain. Typically, engineers will mix their fuel ingredients together and pour it into a mold to cure.

“The problem there is it’s hard to create a homogenous mixture by just pouring something in and letting it settle. For example, if you put an additive in, you can’t be sure where that additive wound up. You want it to be present throughout the fuel in a homogenous manner, and if you can’t guarantee that, then your fuel is not going to be performing optimally. It might burn hotter at some times and cooler at other times,” Gutierrez explained.

However, because RCI uses industrial 3D printing to construct its fuel grain, Gutierrez said the company is able to “place everything that we want in our fuel grain exactly where we want it” — resulting in a more predictable and reliable end product.

Additionally, RCI uses Acrylonitrile Butadiene Styrene (ABS) as its fuel base, which is the same material that comprises Legos. Most other hybrid launchers use fuels that are closer to a paraffin wax or other rubbery compounds, Gutierrez said. The flexibility of these materials can cause unwanted harmonics (or vibrations), among other issues.

“If you have a fuel that is not quite as hard or strong as ours then there’s a tendency for pieces of that fuel to break off and come out of the nozzle intact, not burned. Obviously that impacts your efficiency, but perhaps just as importantly it impacts the predictability of each engine,” Gutierrez said.

In an effort to reduce costs, RCI will also use 3D printing to build some of the structural components for its launch vehicles. Due to the low price point of its hybrid engine production compared to liquid bipropellant engines similar to what SpaceX uses, Gutierrez said the company will focus on expendable vehicles.

“We concluded that because our engine technology is so inexpensive, it didn’t make sense for us, at least initially, to pursue a reusable vehicle,” he said. “I don’t think that’s necessarily true for other companies, particularly those with liquid bipropellant engines, because the cost of that engine to begin with is just so expensive that it makes sense to try and amortize it over multiple flights.”

RCI intends to target the smallsat market with its Intrepid family of launch vehicles, and aims to reach a peak launch rate of one or more per week. “Because of the simplicity of the vehicle … we believe that’s definitely achievable,” Gutierrez said.

Currently, RCI is working with Space Florida to identify its first launch site. Gutierrez pointed out though that more than half of its customers have expressed interest in flying into polar orbit, which cannot be reached from Cape Canaveral.

The company has already begun to presell launch capacity to interested customers, said Sean Mirsky, a member of the company’s board of directors.