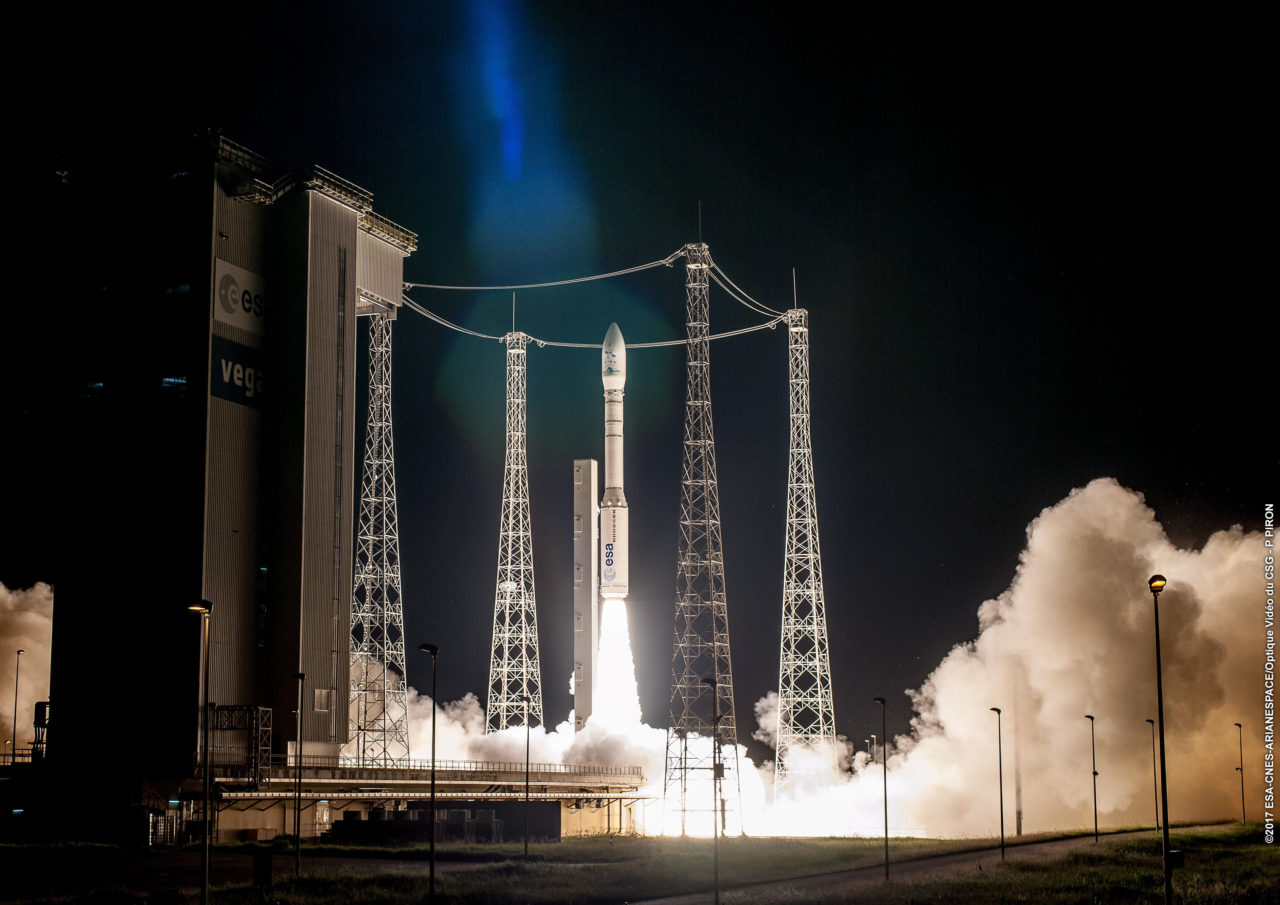 Arianespace has successfully launched two Earth Observation (EO) satellites for civil and military applications: Optsat 3000 for the Italian Ministry of Defense, and Venus, a joint mission between the Israel Space Agency (ISA) and the French space agency, the Centre National d’Etudes Spatiales (CNES). The launch took place on Tuesday, August 1 from the Guiana Space Center in French Guiana.

Optsat 3000 is the fourth satellite Arianespace has launched for the Italian Ministry of Defense since 2001. According to the Ministry, the satellite will enable the acquisition and use of high-resolution images from any part of the globe. The Optsat 3000 system will be interoperable with Italy’s second-generation Cosmo-SkyMed radar satellites. This will ensure maximum operational capabilities with the combined optical and radar data offered by these two systems. Telespazio is responsible for the entire system, with OHB Italia in charge of launch services and related engineering support.

Venus is an Earth and vegetation observation and exploratory mission, designed to monitor the effects of climate change. By analyzing and comparing images of the same area at different times, researchers will be able to evaluate soil conditions, understand the development of vegetation, and detect the outbreak of a disease or the contamination of a field.

Vega has now logged 10 launches in total, all successful, since starting operation in 2012 at the Guiana Space Center. In June, Arianespace announced the first two contracts for the Vega C launcher. Scheduled to make its first flight in 2019, Vega C will offer higher performance than the current version in terms of payload weight and usable volume. It will be able to handle a wider range of missions, including nanosatellites and large optical and radar observation satellites, according to Arianespace.

Vega and Vega C now have an order book totaling nine launches, with one-third of them for European governments and two-thirds for commercial customers in export markets.