Rocket Crafters Will Develop a Hybrid Rocket Engine for DARPA 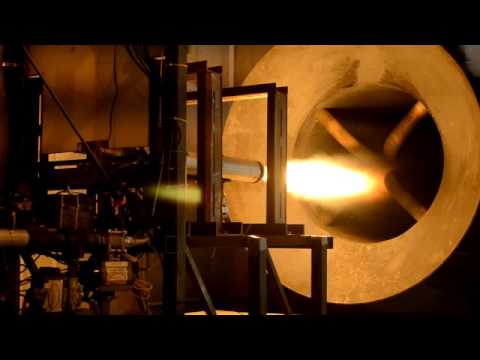 According to DARPA, in theory, hybrid rockets have several advantages over the more commonly used solid and liquid chemical rockets. They can be throttled and restarted, unlike a solid rocket, and are less costly and faster to develop compared to liquid rocket engines due to their mechanical simplicity. They are also safer to handle than either solid or liquid rockets. For these reasons, government and industry researchers have sought to develop a large-scale hybrid rocket engine but have had significant difficulties with unpredictable thrust and excessive vibration.

In this DARPA research effort, RCI intends to build on its previous research with lab-scale prototype engines. Their initial test series achieved a 97.5-percent thrust profile consistency and showed no signs of combustion instability or vibration — a level of performance the company claims has never been demonstrated in a hybrid rocket engine. With assistance from researchers at the Florida Institute of Technology, Rocket Crafters’ scientists and engineers are currently conducting a study to determine the optimum solid fuel formulation and oxidizer/fuel mixture to be used in the company’s future hybrid-rocket-powered products.

Under the DARPA agreement, RCI aims to design, build, and throttle-test a flight-capable rocket motor using a custom static test oxidizer system mounted on a new hybrid rocket test stand to be constructed at Florida’s Space Coast. These tests seek to verify the hybrid rocket engine’s reliability and consistency while, at the same time, demonstrating throttling and emergency engine shutdown capabilities.