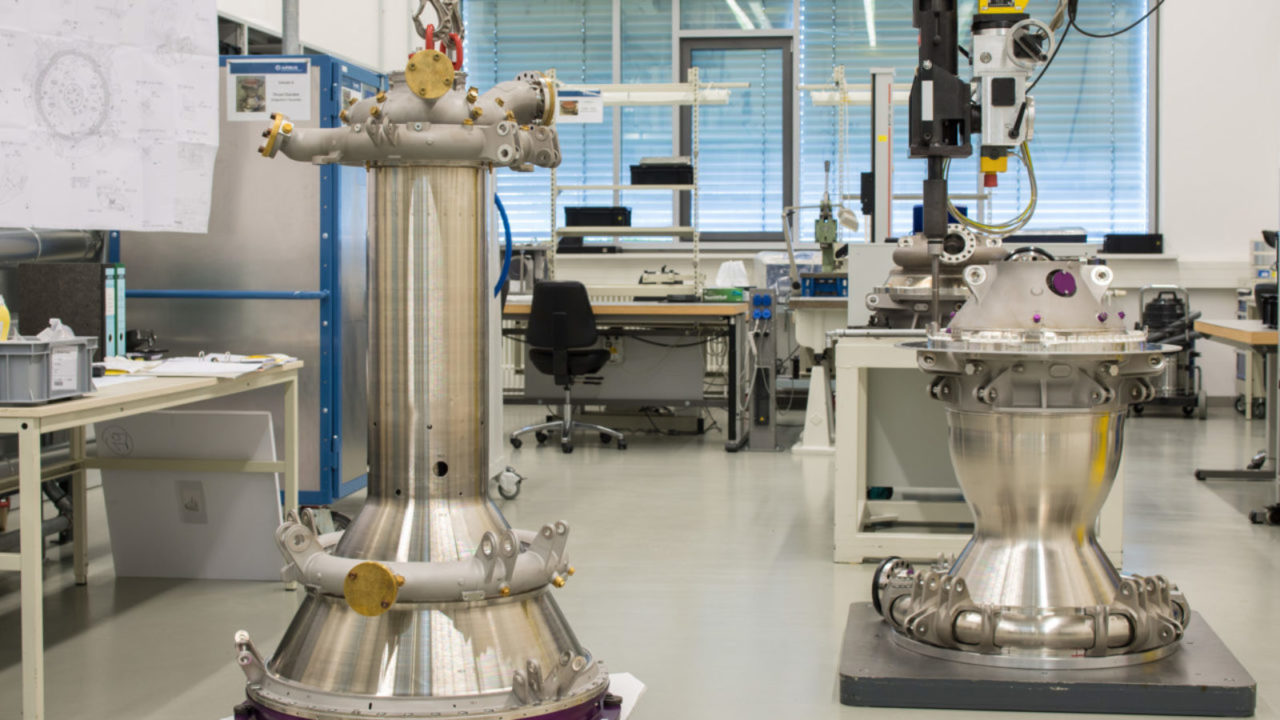 Production and tests of the first flight model for the VINCI engine combustion chamber, in Ottobrunn, Munich. Photo: Arianegroup.

Airbus Safran Launchers, which became ArianeGroup on July 1, has begun construction of the combustion chamber of the first flight model of the Vinci engine at its Ottobrun site near Munich.

Vinci is the re-ignition motor of Ariane 6’s upper stage. Construction has begun following more than 120 successful tests using development models. According to the company, this is a key step towards the success of the first Ariane 6 flight, scheduled for 2020.

The new re-ignition engine will increase the operational flexibility of the Ariane 6 launcher, which the company stated can fulfill a range of missions, including the launch of constellations. Arianegroup is lead contractor for Europe’s Ariane 5 and Ariane 6 launcher families, responsible for both design and the entire production chain, up to and including marketing by its Arianespace subsidiary, as well as for the missiles of the French oceanic deterrent force.

According to Arianegroup, its new identity reflects its existence as an international group and marks its commitment to the current and future success of its large-scale programs as well as its space equipment activities.