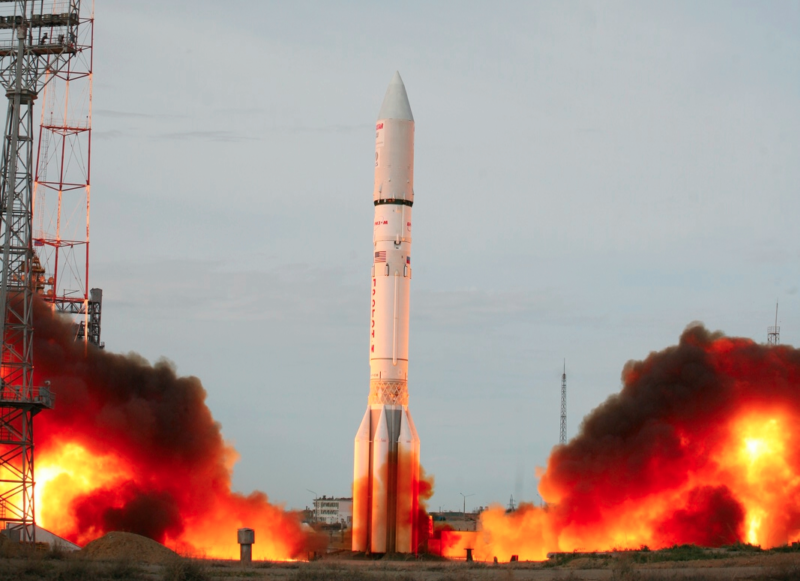 Proton M lifts off from Site 81/24 at Baikonur Cosmodrome in Kazakhstan. Photo: Roscosmos.

International Launch Services (ILS) successfully delivered the EchoStar 21 satellite into orbit on June 7 atop an ILS Proton for EchoStar. According to manufacturer SSL, the satellite deployed its solar arrays on schedule and is performing post-launch maneuvers according to plan.

Weighing nearly 7 metric tons, this is the heaviest satellite launched by ILS Proton to date. EchoStar 21 is an S-band satellite for next generation Mobile Satellite Services (MSS) that will be located at 10.25 degrees east. It features a large unfurlable reflector that will deploy after the satellite is on station. Based on the SSL 1300 platform, the satellite is designed to provide service for 15 years or more.

EchoStar Mobile will utilize a portion of EchoStar XXI’s capacity to provide MSS capacity throughout the European Union (EU). EchoStar Mobile is an EU-wide licensee for an integrated mobile satellite service network with a complementary ground component.