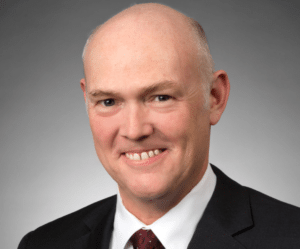 Bruno told Defense Daily April 5 in an interview at the 33rd Space Symposium that despite the AR1 being 18 to 24 months behind in testing compared to the BE 4, he has not made a decision. ULA has made public pronouncements that seem to favor selecting the BE 4, but Bruno insisted that this is not the case.

“I want the right engine,” Bruno said when asked if he truly wants the AR1. Blue Origin, for its part, boldly, but subtly, declared on its website that ULA has selected the BE 4 to serve as the Vulcan first stage. “I would like to have an engine that is available soon, is affordable and will work.” 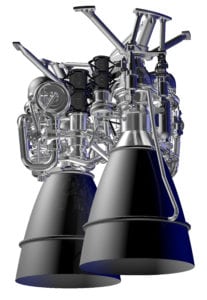 Bruno said ULA is driving toward a Critical Design Review (CDR) this year depending on which engine is selected. He said if ULA picks the BE 4, it has a 50 percent chance of flying by the end of 2019. If it’s the AR1, he said, it will be much later.

Aerojet Rocketdyne, Bruno says, has had AR1 subscale components in its test stand for several months while Blue Origin is up at the full scale level. He said Blue Origin has constructed a production-like, flight-like full- scale rocket engine sitting on its Texas test stand. Bruno said Blue Origin has a full-scale power pack right next to this full-scale engine, which he said has been doing very well with no signs of combustion instability, which he called the primary risk in testing.

Bruno said the chief risk Blue Origin is trying to eliminate on the BE 4 is that it would be the largest scale methane engine ever developed. The preburner, he said, all by itself, would be the largest methane engine ever developed if it had a nozzle. Bruno expects full scale BE 4 engine testing in the ballpark rage of 30 to 90 days from now. If full scale testing goes well, Bruno expects ULA to be in position to select an engine.

“The economic factors are generally retired and in place,” Bruno said. “We feel quite good about their production capability now as well, so it’s really down to testing.”