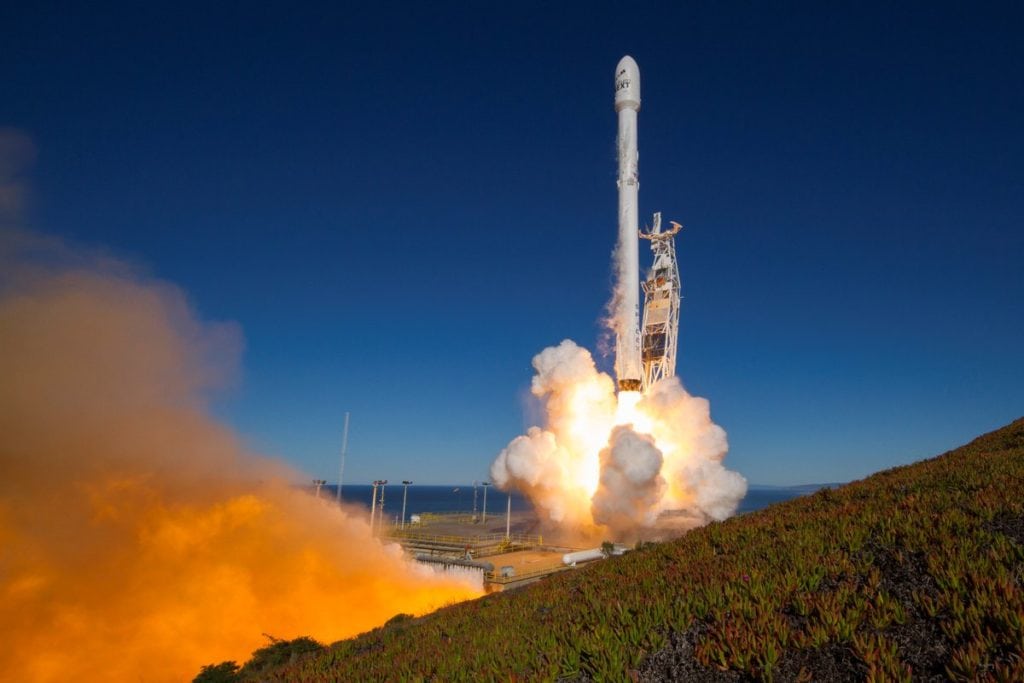 Iridium Communications has booked its eight Falcon 9 launch with SpaceX, which will be Iridium’s first rideshare deal. The agreement affords Iridium the ability to launch five additional Iridium Next satellites for the company’s next-generation global satellite network. Along for the ride are the twin satellites for the German Research Center for Geosciences (GFZ) and NASA’s joint mission, the Gravity Recovery and Climate Experiment Follow-On (GRACE-FO), which will be deployed into a separate Low-Earth Orbit (LEO). The rideshare is anticipated to launch out of Vandenberg Air Force Base in California by early 2018.

Iridium has contracted with SpaceX for seven dedicated Iridium Next launches, deploying 70 Iridium Next satellites into LEO, across a 13-month period out of Vandenberg Air Force Base in California. This eighth launch will increase the constellation’s count to 75 total in-orbit satellites, nine of which will serve as on-orbit spares. The first set of Iridium Next satellites was successfully launched on January 14 and is currently under test in orbit.

“This launch provides added resiliency to our network for not much more than we had planned originally to launch 72 satellites, including two with Kosmotras,” said Matt Desch, chief executive officer at Iridium.