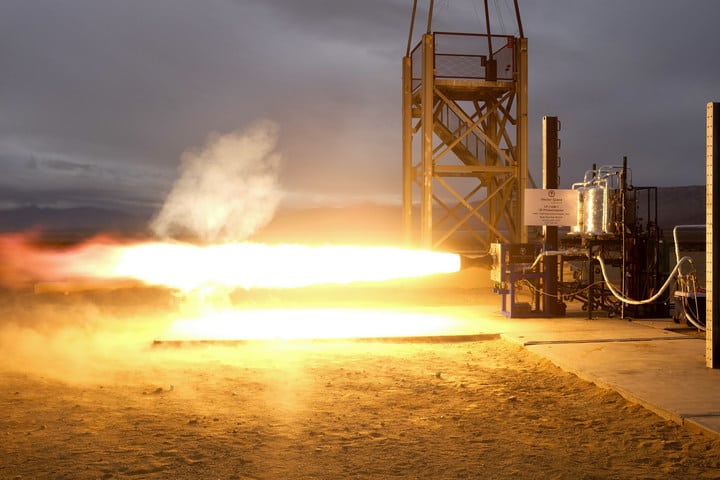 [Via Satellite 12-20-2016] Vector Space Systems announced the successful test of its first stage 5,000lbf engine of the Vector R launch vehicle. The engine test, which took place in Mojave, California, featured a single-piece, 3D AM printed injector developed in partnership with NASA’s Science, Technology, and Mission Directorate (STMD) Flight Opportunities, a program that extends research labs into space-relevant environments by partnering with small satellite launch companies. Earlier this year, NASA provided a grant to Vector to design and test the injector.

Vector continues to pursue the LOX/Propylene propellant combination, which created the highest thrust to date from a LOX/Propylene fueled engine. This test of the 5,000lbf on flight fuels serves as a stepping stone to Vector’s first launch of the Vector R slated for 2017.

In addition to the successful test last week, Vector announced the Pima County Board of Supervisors’ approval for the land lease to build Vector’s rocket factory in the area. The 25-year deal will have an overall direct and indirect economic impact on the region totaling $290 million over the next five years, with additional job growth of 200 positions expected over the next three years, according to the company.

Vector will be taking bids on the construction of the new facility at the Pima County Aerospace, Defense and Technology Business & Research Park in January 2017. The factory is set to break ground in Spring 2017 and will be the site for the manufacturing of the Vector R and Vector H launch vehicles, which will be transported to sites in Alaska and Florida for subsequent orbital launches.