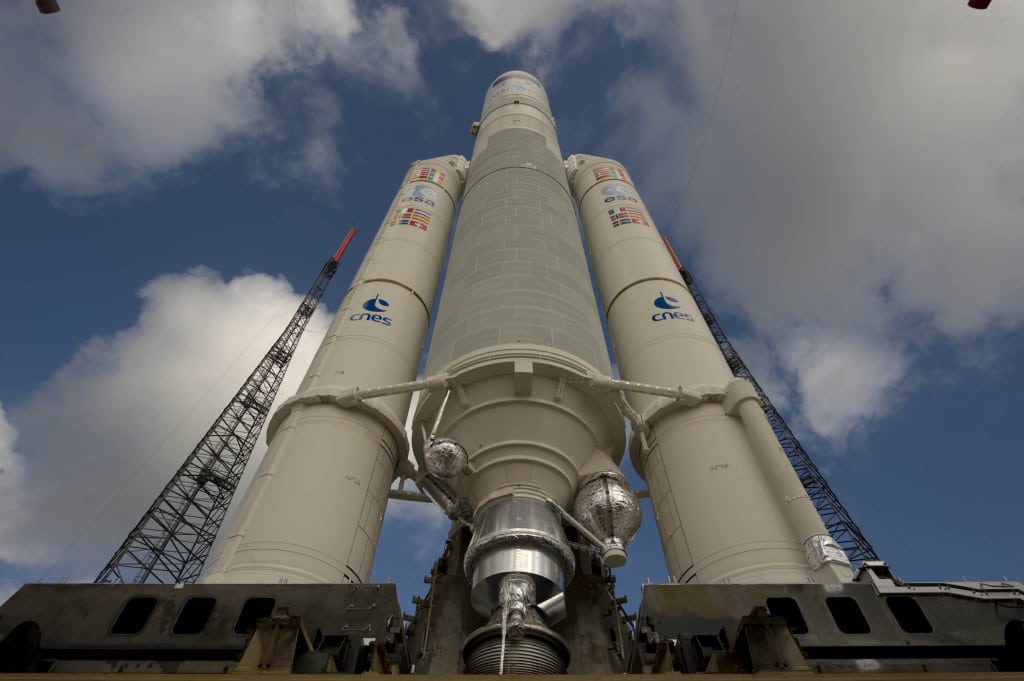 [Via Satellite 09-13-2016] The Indian Space Research Organization (ISRO) has selected Arianespace to launch its GSAT 11 telecommunications satellite. An Ariane 5 rocket will launch the satellite from the Guiana Space Center in Kourou, French Guiana, in 2017. The GSAT-11 satellite, designed, assembled and integrated by ISRO, will weigh about 5,725 kg at launch.

GSAT-11 is an advanced communication satellite with multi spot beam coverage over the Indian mainland and nearby Islands to bring huge advantage to the user community, compared with the existing INSAT/GSAT satellite systems. With this new system architecture and the technology elements to be employed for realization, GSAT 11 will generate a capacity of more than 12 Gbps for users from a single platform, according to ISRO.