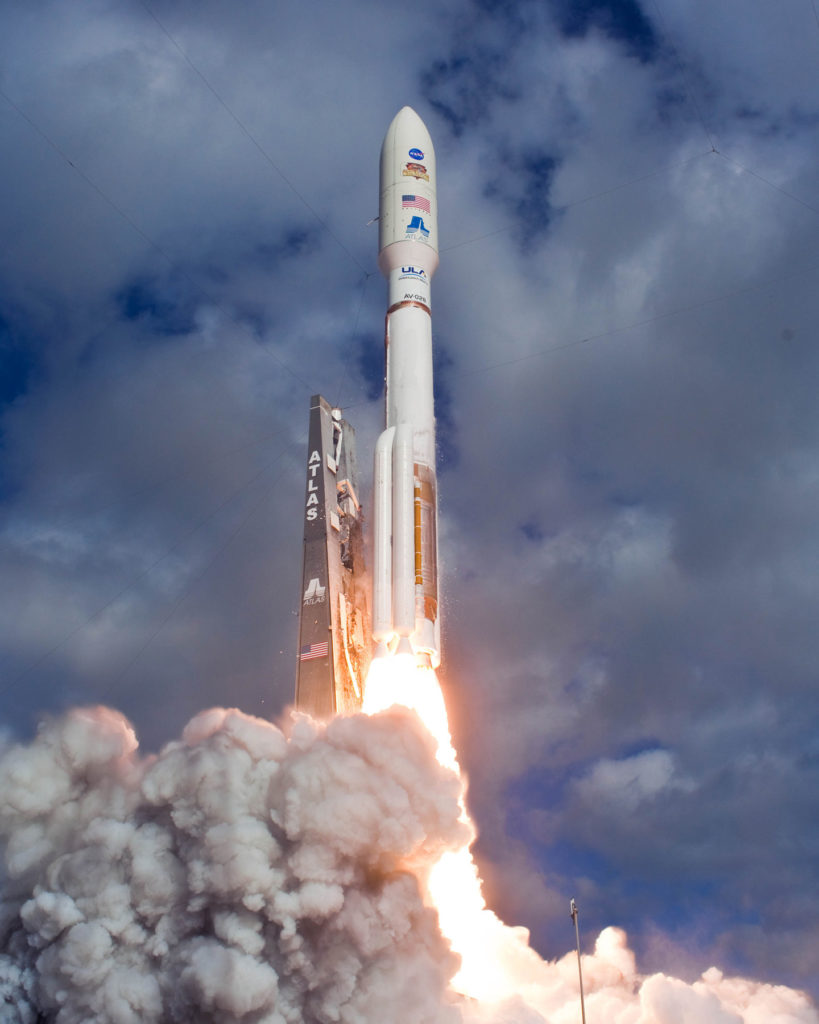 [Via Satellite 08-26-2016] NASA has selected United Launch Alliance (ULA) to provide launch services for Mars 2020, a rover mission to conduct geological assessments of its landing site on Mars, determine the habitability of the environment, search for signs of ancient Martian life, and assess natural resources and hazards for future human explorers. The mission is targeted for launch in July 2020 aboard an Atlas 5 rocket from Space Launch Complex 41 at Cape Canaveral Air Force Station in Florida.

ULA received the contract through a competitive procurement under the NASA launch services contract. The company has launched all Mars-bound U.S. spacecraft, including the Spirit, Opportunity and Curiosity rovers, and is also the launch provider for NASA’s Interior Exploration using Seismic Investigations, Geodesy and Heat Transport (InSight) mission to Mars in May 2018.

The Mars 2020 mission is to build on the achievements of Curiosity and other Mars missions, including taking and sealing samples of rock and soil for potential return to Earth by a future mission to the Red Planet. The total cost for NASA to launch Mars 2020 is approximately $243 million, which includes the launch service; spacecraft and spacecraft power source processing; planetary protection processing; launch vehicle integration; and tracking, data and telemetry support.