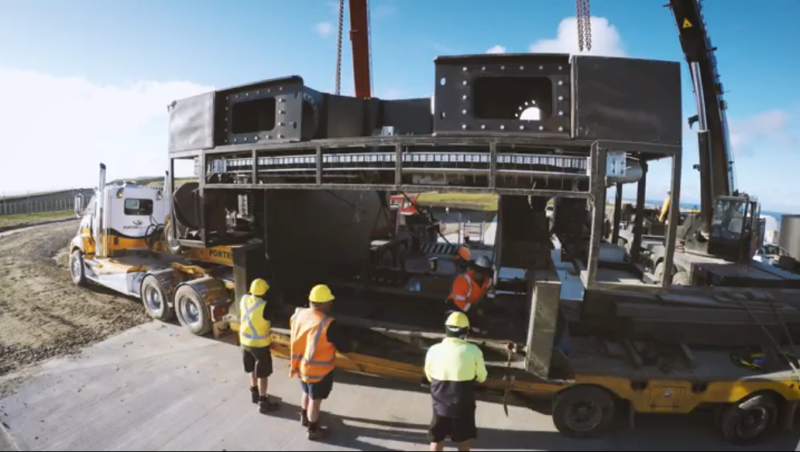 [Via Satellite 08-22-2016] Rocket Lab has installed the launch platform at its private orbital launch facility on New Zealand’s Mahia Peninsula. The installation of the platform, weighing nearly 50 tons, is the final major step in preparing the site for the arrival of the first Electron launch vehicle, scheduled for testing in the coming months.

The purpose of the platform is to erect launch vehicles from a horizontal to a vertical position and provide fueling and launch services. The strongback, which sits atop the platform, supports the launch vehicle and is retracted just prior to launch.

According to Rocket Lab, the facility is the first private orbital launch site in the world, and is set to enable the highest frequency of space launches in history. Launches from the Mahia Peninsula site can access a range of orbital azimuths from 38 degrees through Sun-Synchronous Orbit (SSO).

“We consistently see launch frequency and availability as one of the biggest challenges our customers face. Making Low Earth Orbit (LEO) accessible is key to democratizing space for both commercial and humanitarian applications,” said Peter Beck, Rocket Lab CEO.

Rocket Lab plans to conduct Electron tests from the site in the coming months, following the successful qualification of the first stage of the vehicle.