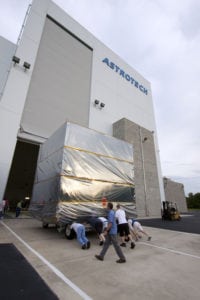 Astrotech Space Operations provides payload-processing services such as encapsulating and fueling satellites for launch. Under the planned expansion, its scope of work could potentially include production of aerospace components and subsystems. Lockheed Martin is evaluating options that are contingent on the completion of additional business case analyses, which are slated to occur in 2016 and 2017.