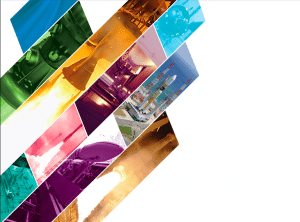 [Via Satellite 03-10-2016] The question of launch vehicle reusability reigned supreme during Wednesday’s SATELLITE 2016 Conference & Exhibition closing session “Global Launch Services — How the World Fell in Love with Rockets All Over Again,” which featured representatives from Europe’s Arianespace, Japan’s Mitsubishi Heavy Industries (MHI), International Launch Services (ILS), the U.S. subsidiary of Russia’s Khrunichev, and SpaceX. Only SpaceX, which recovered its first rocket first stage in December, has laid out a pointed plan to introduce reusability into its services, with President and COO Gwynne Shotwell saying that the company would like to reuse a recovered rocket first stage within the year.

“I think we might do [a relaunch of a recovered rocket first stage] this year,” said Shotwell.

Shotwell said the price of reusing a first stage to launch a satellite could drop costs of launch vehicles. “We need to recover more and see how many times we can reuse the stage … but I’d like to see a 30 percent reduction from reuse,” she said. “The second stage we are not currently recovering, maybe we could figure out some great way to get that back as well.”

Reusability is a prime way for SpaceX to drive down costs, especially with its aggressive upcoming launch cadence, with Shotwell noting the company is targeting 18 launches total in 2016 and looking to increase that number by 30 to 50 percent year-over-year. “On top of that, if we do deploy a constellation, that adds quite a bit of launches to our manifest. That’s why we need the rapid and complete reused first stage,” said Shotwell, referencing the company’s early stage plans for a Low Earth Orbit (LEO) constellation. The company is also in the process of opening another launch pad in Cape Canaveral, Fla., which Shotwell said they hope to have up and running by the end of this year, in order to ensure that launch pad availability doesn’t interfere with its aggressive launch schedule. SpaceX has plans to bring a new commercial pad online in Houston, Texas in 2018 as well. Additionally, Shotwell noted that the company is nearly completely vertically integrated for its Falcon 9 launcher and so does not anticipate any hiccups in the supply chain as it ramps up its launch cadence.

Other panelists noted that reusability was on their radar, but challenged its practicality.

“For the Angara vehicle the main engine was designed to be reused up to five times and I’ve worked on other launch vehicles where reusability was built into the design. The problem is not demonstrating the technical capability of reusability but finding that practical ability to recover it, refurbish it, get it back out onto the launch pad and be able to have the confidence that you are going to provide a reliable launch service time and time again,” said Kirk Pysher, president of ILS.

Shotwell believes that refurbishing a first stage would be going about it the wrong way.

“You can’t take a rocket that was never designed to be reusable and turn it into a reusable rocket, that’s inviting disaster. The aircraft industry doesn’t refurbish their airplanes after every flight — you can imagine what the turn around at major airports would look like if you had to. So the key is to design a system that you don’t need to refurbish,” Shotwell said, joking that she would rather fly on an aircraft that’s flown a few times. “Hopefully our customers get comfortable flying the third or fourth time.”

Ko Ogasawara, vice president and director of integrated defense and space systems at MHI, noted that reusability has registered on Mitsubishi’s radar as well. The company has been studying the viability of reusable rockets for about 10 years and could potentially introduce the technology into its next launch vehicle design, after introducing its H3 vehicle in 2020, which aims to target the commercial satellite market.

Other launchers pointed to plans to lower costs on expendable rockets without sacrificing reliability.

Stephane Israel, chairman and CEO of Arianespace, said the company’s Ariane 6 launch vehicle will provide the same performance of Ariane 5 while reducing cost by 40 to 50 percent.

“We have key drivers for that: a new governance, the fact that we are going to produce the same the same booster at a high cadence, so it will reduce the cost, and we have been manufacturing designed to cost and, doing all that; at the end of the day in 2020 we will have a new rocket that is 40 to 50 percent cheaper than Ariane 5,” Israel said. Arianespace is on track to launch eight rockets this year and is targeting 11 to 12 launches per year in the future, according to Israel.

All launch providers were careful to emphasize, however, that reliability remained the foremost priority.

“A rocket that fails is a very expensive rocket for my customers, so reliability has always been the main goal,” said Shotwell. “Failure sucks.”