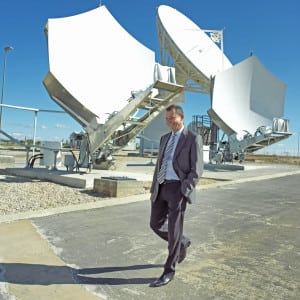 [Via Satellite 09-14-2015] Spanish satellite operator Hispasat has reached launch agreements with International Launch Services (ILS) and Space Exploration Technologies (SpaceX) to launch its Hispasat 1F and Amazonas 5 satellites. ILS will conduct a launch with the Proton rocket, and SpaceX will use the Falcon 9 vehicle. Which company will launch which satellite has not been released.

Hispasat 1F is to replace Hispasat 1D at 30 degrees west, providing additional Ku-band capacity for the Andes and Brazil, as well as transatlantic capacity for connectivity between Europe and America, and Ka-band capacity over Europe. Amazonas 5 will be located at 61 degrees west to meet demand stemming predominantly from satellite television platforms in Latin America and Brazil. The satellite will also support Ka-band Internet connectivity services. Space Systems/Loral (SSL) is building both satellites on its 1300 platform.

ILS last launched a satellite for Hispasat in 2004, which was the first Amazonas satellite, Amazonas 1. The recently announced deal is Hispasat’s first launch with SpaceX. Both missions are slated for 2017.