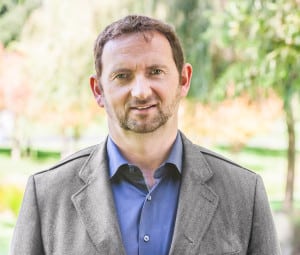 [Via Satellite 04-06-2015] Firefly Space Systems, one of a growing number of ambitious new small satellite launch companies, is successfully hitting a series of milestones on its way to the inaugural launch of the Firefly Alpha rocket. The vehicle, designed to lift approximately 400 kilograms to Low Earth Orbit (LEO), is slated for its first launch in the fourth quarter of 2017.

PJ King, co-founder and COO of Firefly, told Via Satellite that the company is progressing with considerable traction, leveraging an extended network to crowdsource multimillionaires for the project, which seeks to raise approximately $85 million. This momentum, coupled with significant partnerships such as a $1.2 million economic development grant from Texas’ City of Cedar Park Economic Development Corporation, a Space Act Agreement (SAA) with NASA and a more recent collaboration with the U.K.’s Bradspace, is propelling the company toward its mission of providing a low-cost, mass-produced dedicated SmallSat launcher.

Firefly is one of a number of companies both new and established that are bringing launch options to meet the concomitant rise in the proliferation of SmallSats. The company’s next big step is hot firing its Aerospike engine, which runs on methane and employs a unique self-pressurizing system that uses the rocket’s own fuel to provide the working pressure for the engine. King said the company expects to complete the test site in the coming weeks, paving the way for the engine-firing program in Q2 this year, which could start as early as May.

By the end of 2015, Firefly hopes to have all the main technical risks retired on the rocket. Beyond hot fire testing of the engine — the first and second stage are nearly identical — the company also plans to retire the risk on the main tank structures later in the summer or early in the fall. Also coming up are decisions on building R&D and manufacturing facilities, and what launch site the Firefly Alpha will use.

While planning and carefully designing the Firefly Alpha for mass production, Firefly has several long term initiatives as well, including reusability and a second vehicle, coined the Firefly Beta. King emphasized that, as a critical part of the company’s plan, it would not be comingling research efforts with routine manufacturing. In order for the manufacturing facility to reach a production rate of roughly one vehicle a week — should demand reach that level — improvements to the rocket will need to be studied in a way that does not interfere with the business as is.

“At a certain point in time as research continues, all vehicles can be improved,” he said. “As we work on new vehicles we will separate them to avoid gnarling of the production line, which leads to delays and has an impact in cost as well as time. The R&D facility is going to be in Cedar Park in Austin. The manufacturing facility we are not going to start construction for another year or so, but we have a couple of decent locations for that business. We may put it near our test facility; we may put it near but not in our R&D facility, or we may put it near our launch site.”

Firefly has not yet selected its launch site. The company is in discussions with five different launch site providers, and hopes to have an announcement later this year, King said.

Today, Firefly is seeing commercial interest, and is in the middle of term sheet discussions with six different customers, each of which is interested in multi-launch contracts, according to King. The cost of a full vehicle to LEO is currently set at $8 million, and includes features that typically cost extra, such as the separation system and a full re-ride guarantee. Customers will not have to insure the launch, because if the first fails the second ride is on Firefly. Satellites will still need insurance for their own performance. Other launch options include delivering a 120-kilogram payload to a 500-kilometer sun-synchronous orbit for $4.95 million, and orbiting 3U CubeSats for about $240,000.

Once the Firefly Alpha enters commercial service, King said the initial target is to field about four vehicles in the first year. If business goes well, King said the number of first-year launches could stretch as high as seven. With continued success, the goal for year two is to produce about 12 vehicles.

“To people experienced in the satellite industry, they probably sound like jaw-dropping numbers, but recall our vehicle is a lot smaller and a lot simpler than the medium and heavy lift vehicles,” King explained. “Ours is absolutely designed for mass production. That’s one of the advantages of the SmallSat space: while it is a challenge get your engineering right when you scale the vehicle down, the demand is there for many small dedicated launches.”

Further along in the future, Firefly has plans for a second launch vehicle called the Firefly Beta, which uses a combination of three first stage Alpha cores to provide a payload capacity of roughly 1.1 metric tons. King described the Firefly Beta as a “mini-Delta 4” rocket, enabling mission flexibility from CubeSats to the heaviest SmallSat customers. Firefly would operate both vehicles concurrently, he said.

Also part of the long-term plan, Firefly intends to transition from expendable launchers to reusable. Features like the Aerospike engine and carbon fiber components are part of that plan, though much of it remains undisclosed at this point. The company sees long-term benefits in opening up access to space through reuse.

“Close watchers of the vehicle might notice a few peculiarities in the vehicle design that might make them wonder why we did certain things. Part of that is not only are we making a low-cost launch vehicle, but we’re also getting flight heritage on some technologies that are going to be incredibly important on our reusable version later on,” he said. “The Alpha has always been designed for future reusability in mind, and while we do have a plan for that, we haven’t revealed it yet.”