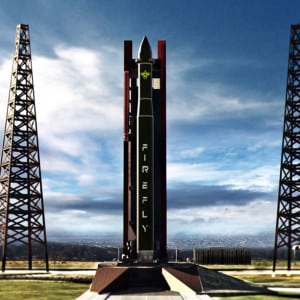 [Via Satellite 09-29-2014] Firefly Space Systems, a launch company dedicated to small satellites, is moving from Hawthorne, Calif. to Cedar Park, Texas following a commitment of $1.225 million from the City of Cedar Park Economic Development Corporation. The new office will be close to the company’s test site in Briggs, Texas, which has more than 200 acres of land.

During the 10-year relocation agreement, Firefly intends to invest $7.5 million in infrastructure. The company also expects to grow to 200 employees by 2019 with a payroll of roughly $12 million annually.

Firefly is currently evaluating potential launch sites in several states, but has a strong interest in conducting launches from Texas. More specifically, the company is looking at Brownsville, Texas, where SpaceX recently committed to building a commercial spaceport of its own.

“We absolutely want to build a launch site here in Texas,” said PJ King, chief operating officer for Firefly. “Having our launch site in Texas would be a triple whammy bringing together design and engineering, testing and a launch site all in one state.”