ESA Seeking to Make Best Use of Mislocated Galileo Satellites 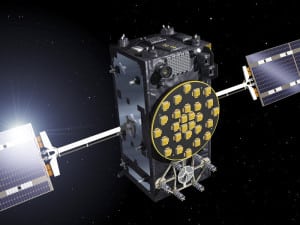 [Via Satellite 08-27-2014] The European Space Agency (ESA), having established control of the latest two Galileo satellites launched Aug. 22 by an Arianespace Soyuz rocket into an unintended orbit, is preparing to continue using the satellites. Intended for a circular Medium Earth Orbit (MEO), the satellites experienced a launch anomaly placing them in an elliptical orbit at a lower altitude.

ESA reports the solar arrays have been deployed on the first satellite, and will soon be deployed on the second. An ESA-CNES team and teams from satellite manufacturer OHB System are working together to keep the satellites in a safe state, pointing at the sun to remain properly powered.