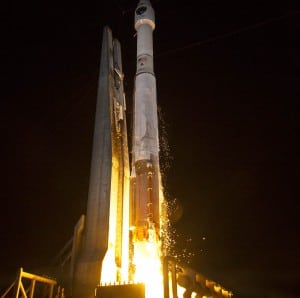 Boeing built the GPS 2F-7 satellite and will conduct the on-orbit checkout with the Air Force. The company expects checkout to complete by the end of next month. GPS 2F-8 is scheduled to launch during the fourth quarter of 2014.

ULA’s Next mission is an Atlas 5 launch of DigitalGlobe’s WorldView 3 satellite, currently scheduled for Aug. 13, 2014.