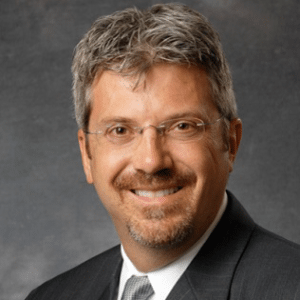 “Our clients are the ones who dictate the mission architectures and ultimately the satellite solutions,” Robert Cleave, president of Lockheed Martin Commercial Launch Services told Via Satellite. “What we did was we looked at our portfolio, both space and launch, and we tried to rethink our business plan. We tried to rethink and reshape our business to align with our clients and where we view the industry going in terms of spacecraft mass and orbits.”

The first generation Athena 1 and Athena 2 rockets started operations in 1995. Cleave said the rocket family was pulled from the market for several years for strategic reasons, but it was brought back in 2010 with a renewed focus on the burgeoning small satellite movement. Lockheed Martin and other commercial partners privately financed the rockets in their entirety. Launch opportunities have been available since 2012, with rideshares offered since 2013. Despite the lack of recent launches, Cleave expressed confidence that the market is full of opportunity. Lockheed Martin commissioned an independent report to analyze the market and determine what frequency of launches a dedicated small satellite launcher could achieve.

“When we look at the market, we believe that it could be as high as, and if not higher than 10 to 12 [launch] opportunities a year both domestically and internationally. But also if the launch vehicle is there and it’s got the right parameters, price schedule and reliability, then we could see even more people investing into space-based solutions that would drive that demand up,” said Cleave.

But small satellites are difficult to monetize for launch providers. Oftentimes their strongest appeal is the reduction in launch cost by stowing away as secondary payloads. Schools, startups and countries with emerging space programs frequently look to small satellites as a means to inexpensively begin programs or gain experience with new technologies. This dichotomy between the rise in popularity of small satellites and the difficulty in profiting from a launch perspective creates a unique challenge.

“It’s both exciting and frustrating,” explained Cleave. “Exciting in the sense that there is interest and people are coming to us. Frustrating in a sense because we haven’t been able to close. Once we close it typically takes 18 to 24 months to launch. Our first launch we are going to be extra careful to make sure we uphold the brand Lockheed Martin exhibits, which is a brand of quality … so if we were to sign a contract this year, then you would expect to see a launch in 2016.”

Part of Lockheed Martin’s strategy to address this challenge is through partnering with CubeSat integrators Tyvak Nano-Satellite Systems of Irvine, Calif., TriSept Corporation of Chantilly, Va., and Spaceflight, Inc. of Tukwila, Wash. for multi-payload and rideshare missions. Their work assists in pooling together enough CubeSats and other small satellites to make launching a remunerative practice through strength in numbers. Athena can then deliver the satellites in large or small groups to customers’ desired locations in Low Earth Orbit (LEO). Regarding their progress, Cleave said Lockheed Martin is continuing to work with each integrator.

“We are having active conversations about what they know and where they are at in their amalgamation to learn if anything has matured. Then we are trying to match that up with missions we are pursuing that have maybe a couple of larger satellites with room left over for CubeSats,” he said.

In order to accelerate the availability of launches, Lockheed Martin certified the Athena rockets to launch at NASA’s Wallops Mid-Atlantic Regional Spaceport in Va., Vandenberg Air Force Base, Calif., Cape Canaveral, Fla. and Kodiak Launch Complex in Alaska. The maximum payload amount capable of launching varies by location, but the number of options reduces the risk of delay. Lockheed Martin worked closely with Alaska Aerospace Corporation and Space Florida to maximize the number of launch sites. A key positive for the Alaska launch site is, surprisingly, the weather.

“It’s not congested and it has as many clear days if not more clear days to launch than Vandenberg Air Force Base … [plus] there are a lot of launches going on at Cape Canaveral. At Vandenberg there are fewer, but there are still other users at Vandenberg Air Force Base for the range and the range support system. Anytime a user is using the range that means other users have to stand down and wait their turn in line. We don’t have that issue up in Alaska. We essentially have a much more straightforward regulatory environment to navigate,” said Cleave.

Lockheed Martin is currently on contract for Athena 1 and 2 missions with the Air Force and NASA. Other variants of the Athena were and are still being considered. For some time, the Athena 3 was planned as the next step, capable of launching 4,600 kg (10,150 lbs) satellites from the West Coast and 5,900 kg (13,000 lbs) from the East Coast. Also considered was an Athena 2 variant, but this was withdrawn as Lockheed Martin continues to evaluate its approach.

“A year ago we introduced a derivative of Athena 2, which is influenced by the very early [Lockheed Launch Vehicle] (LLV) configurations of the rocket,” said Gregory Kehrl, mission manager for Athena launch services at Lockheed Martin. “It’s a medium class lifter and we are using the feedback that we are getting from customers for the availability of that type of lift performance to integrate into our business case. Currently that rocket is not being offered for sale, but we are working on that.”

Whatever Lockheed Martin chooses as the next step in Athena’s evolution, the fact that the company is continuing to adapt the rocket class is proof it is serious about turning a profit from small satellite launches.

“Whether an Athena 3 or a derivative of the Athena 2, we are still analyzing the economics,” said Cleave. “We’re developing our financial plans and our business plan, so it’s a little bit early to be specific at this time, but the market that the Athena class serves is the one that really excites us.”