Measat 3B Launch Rescheduled to September 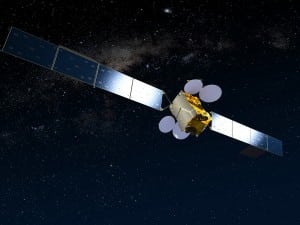 [Via Satellite 06-05-2014] Measat rescheduled the launch of its Measat 3B satellite to September 2014 from the previously arranged date of June 6, 2014. The satellite will remain in storage at the spaceport in Kourou, French Guiana prior to launch.

Measat 3B will provide expanded Direct-to-Home (DTH) and Very-Small-Aperture-Terminal (VSAT) services across Malaysia, India, Indonesia and Australia at the orbital slot 91.5 degrees east. The satellite will co-locate with Measat 3 and Measat 3A to more than double the company’s Ku-band capacity at this location.