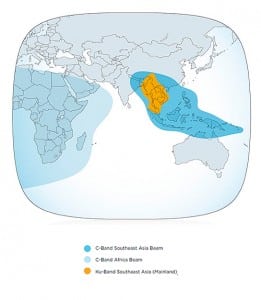 The Thaicom 6 satellite was built by Orbital Sciences using its star 2.3 bus. It contains 26 transponders, 18 of which are C-band while the remaining 8 are for Ku-band. The satellite will strengthen Thaicom’s hotbird platform on 78.5 degrees east, and will support the growth of the country’s broadcasting industry.

Thaicom 6 is designed to provide host a greater number of HD channels and higher quality digital TV. Thaicom has currently acquired a total of 66 percent booking on Thaicom 6’s capacity.