A Heavyweight Battle: How Sea Launch Plans to Stay Afloat With SpaceX in its Waters 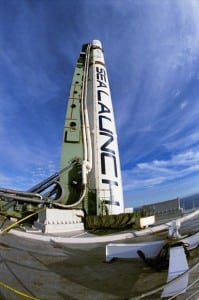 [Via Satellite 12-13-13] The entire satellite industry hinges on the ability to access space. The impact of SpaceX’s successful launch of SES’ SES 8 satellite on the satellite industry has been viscerally felt throughout all its subsectors. Those most shaken are other launch providers, who must continue to secure launches at competitive prices in order to stay afloat. Sea Launch had a difficult year in 2013, but the company expects to rebound and challenge SpaceX in the heavy lift sector.

When Sea Launch failed to pull off a successful launch in February 2013 it dealt a significant blow to the company. “We were having a relatively good year in 2012 where we broke even, and unfortunately the first launch of the year was a failure for Intelsat 27,” said Kjell Karlsen, president of Sea Launch. “We took a lot of time to evaluate and investigate into all our systems to make sure when we launch again that we have a successful flight.”

This was Sea Launch’s second launch failure in 10 years — something the industry has not forgotten — but Karlsen hopes that satellite companies will remember more than just these incidents. Sea Launch is no newcomer to spaceflight, and he plans to leverage the company’s history of other successful launches to regain trust in the Zenit 3SL system.

“We have the flight heritage,” explained Karlsen. “Our first two stages (Zenit 2S) have flown approximately 80 times and the block DM upper stage has flown over 280 times. We’ve done 35 missions on Sea Launch, [and] we’ve done six Land Launch missions. Clearly the rocket has good heritage and great reliability. Failures do unfortunately happen and the timing of our failure was very unfortunate, and for an important customer; but we certainly believe the heritage technology of the rocket is very solid and we look forward to having a good string of consecutive launch successes going forward.”

Rocket heritage and a dedication to the heavy launch sector are two of Sea Launch’s strongest traits, and for these reasons Karlsen is confident that the company will survive even with SpaceX gobbling up market share.

“SpaceX will be a formidable competitor, and we always believed they were going to be successful; it was just a question of when,” said Karlsen.  “Clearly they’ve been successful marketing the rocket, and continue to develop a track record. The question is: how will they  execute their already packed government manifest while trying also to fit in [the] commercial missions that they are seeking. Combined with their aspirations are to do manned flights that will add more complexity to their task.”

Sea Launch focuses exclusively on the heavy launch market, taking payloads of up to 6.2 tons. The company historically performs an average of three launches a year.

With SpaceX focusing on a variety of launches, Sea Launch plans to use its dedication in this one sector to serve its existing customer base. Existing SpaceX customers have called upon Sea Launch to perform backup integration efforts. Some customers have countermanded their deals, however. “We had a couple of back up missions for flights that were scheduled to go on SpaceX, but with their most recent successes, these missions will not be called up,” commented Karlsen.

With its 2010 restructuring effort complete, it will take some time for Sea Launch to return to full strength. “2014 will be a slow year for us given that most of the missions for 2014 had already been sold by the time we were back and flying,” said Karlsen. “We presently have one mission manifested for Eutelsat in April. We’re focusing on securing backlog with a capability of supporting  three missions in 2015, and four to five missions per year thereafter.” 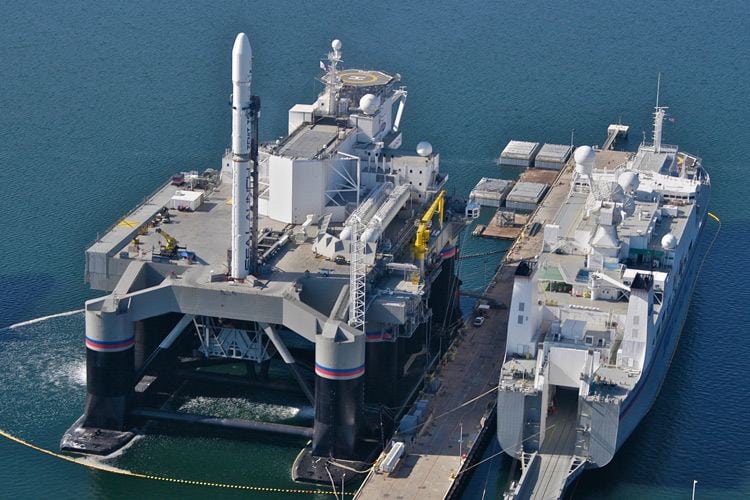 One of the ways Sea Launch may weather this period of relatively low sales is through increased government ownership. RSC Energia, Sea Launch’s majority owner, is 38 percent owned by the Russian government. The country has a strategic interest in maintaining its launch service options, which may yield a favorable outcome for Sea Launch. “There may be options for the Russian government to take more ownership in our parent company … we’re seeing signals that they may increase that ownership, which means that Sea Launch will have a greater focus from the Russian government than we’ve had in the past,” said Karlsen. “The first example of this will be Sea Launch launching Yamal broadband satellites [for Energia that] will just be the start of future missions — Russian missions — on Sea Launch starting in 2016. These are missions we haven’t been able to compete for in the past, and that will give us more solid footing.”

Sea Launch will use this mission to demonstrate the capability to offer dual-spacecraft launches. The dual-satellite Yamal payload mission will give the company a chance to see how such a mission would be performed. This is something Sea Launch is exploring as a future offer for Western commercial clients in addition to the Russian government. It may also be a way to gain a competitive edge against SpaceX, at a price point that Karlsen believes will be attractive to the industry’s satellite operators .

Any recovery Sea Launch has will be slow, but ultimately the company expects the Zenit 3SL rocket to rise again. “We’ve been a long time player in this industry,” Karlsen remarked. “We have a very solid heritage rocket and we believe that rocket will serve the industry well going forward. I think you’ll see some good news from Sea Launch shortly on new contracts signed. We’ll be excited to get into 2014 and 2015 and improve our business.”