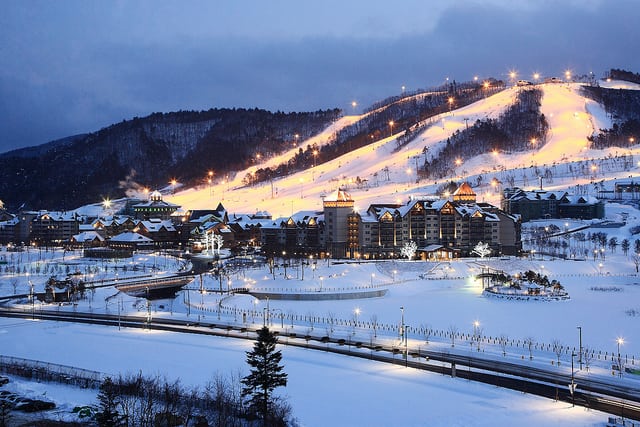 PyeongChang is hosting the 2018 Winter Olympics between Feb. 9 and Feb. 25. Photo: Flickr/Republic of Korea.

NBC Olympics, a division of the NBC Sports Group, has selected SES to provide 4K High Dynamic Range (HDR) satellite distribution for its production of the 2018 Olympic Winter Games, which are currently taking place in PyeongChang, South Korea. SES is using its satellite platform to distribute the NBC Olympics HDR feed to their affiliates throughout the United States, using the SES 1 satellite located at 101 degrees west. As part of the implementation, SES has provided preconfigured satellite receivers to the affiliates that will be receiving the HDR feed.

NBC Olympics will distribute 4K HDR coverage provided by Olympic Broadcasting Services (OBS) and Japan’s NHK to U.S. distribution partners who will individually choose how they will make the content available to their customers.

NBC’s 4K HDR coverage of the PyeongChang games will be made available on delay, and will include 4K footage from the opening ceremony, hockey, figure skating, short track speed skating, ski jumping, and snowboard big air competitions. Up to four events from the previous day’s competition will be provided daily from Feb. 10, the day after the opening ceremony, through Feb. 26, the day after the games conclude.