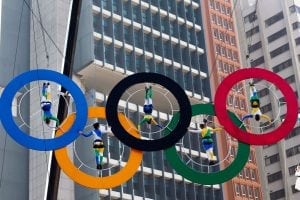 [Via Satellite 08-03-2016] Dish Network has announced multiple features for customers watching NBCUniversal‘s multi-platform coverage of the 2016 Olympic Games in Rio de Janeiro, Brazil, including the upcoming availability of a new, dedicated linear 4K channel. Dish subscribers will also have access to NBCUniversal’s 6,755 hours of Olympic programming, including coverage of all competition sessions, on-demand.

Dish’s Hopper 3 and 4K Joey customers can watch NBC’s coverage in 4K on a linear channel as well as in the video-on-demand catalog.The coverage will be made available on one-day delay. One event from the previous day’s competition will be provided daily and looped in three-hour intervals from August 7 through August 22, the day after the games conclude. Dish will also make the same 4K video assets available as part of its on-demand catalog.

Dish is enabling its “Sports Bar Mode,” available on the Hopper 3, to provide a multi-channel view that divides 4K or HDTV screens into quadrants, each with the ability to display a different program. Users can toggle among the four channels to determine which will play audio.