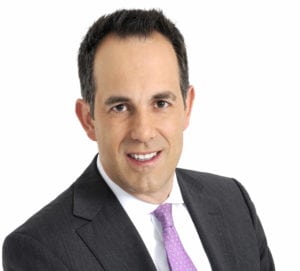 [Via Satellite 07-27-2016] Azteca America is finding it easier to delivery higher quality broadcasts over the internet than by satellite, according to company COO Martin Breidsprecher. The U.S. division of Mexico-based TV Azteca reaches approximately 76 percent of the Hispanic population in the country. Breidsprecher told Via Satellite that, though the broadcaster is growing healthily, viewer numbers watching channels by satellite are declining as customers begin to demonstrate favor for Over-The-Top (OTT) services.

“What we have seen in the Hispanic broadcast market is that the Spanish broadcast overall and satellite viewing to date has declined 11 percent among persons 18 to 49,” he said. “What’s happening is viewers are starting to watch content on other platforms: OTT, directly through Netflix, or other kinds of distribution.”

Breidsprecher said there is significant demand from Azteca America viewers for crisper and more vivid content, namely High Definition (HD), but that there is a bottleneck from satellite and cable companies in having enough capacity to distribute larger numbers of channels in HD or above.

“The issues that satellite companies have is that the higher the quality, the more bandwidth it requires, and they have to carry so many channels that it’s really complicated for them to take most of the channels in HD,” Breidsprecher explained. “So basically what they do is when they have must-carry rights or retransmission agreements that require taking the signal in HD, they do; but for others with regular retransmission agreements, most of the time they don’t have the capacity. I don’t think it’s an issue of if they want to or not. They would love to carry all the channels in HD but they simply can’t.”

Because of this constraint, and the changing viewing patterns of its audience, Azteca America is investing more intensely in Internet Protocol Television (IPTV) and OTT services. The notion that internet-based distribution can provide better quality than satellite clashes against the typical satellite industry pitch that adaptive bitrate streaming routinely diminishes the quality of nonlinear broadcasts. Breidsprecher said that, in his experience, consumers have a better chance of getting access to HD and higher quality video through the internet than by traditional television, and that this is likely to continue.

“I think that the compression technologies will continue to evolve very fast, which will allow you to have much better quality. Internet speeds will also increase. Right now you can have a 300Mb line right at your house, which allows you to have much faster video streaming, and that will continue to evolve. Eventually I think that it is going to be easier for content producers to have their content delivered in HD,” he said.

Between satellite and cable, Breidsprecher said satellite faces more acute capacity constraints. This is limiting for HD and also for future Ultra-HD broadcasts. Parent company TV Azteca recently broadcast the Mexico’s soccer team in Ultra-HD when they played against Paraguay in the Copa America championship, which took place in Atlanta, Georgia in the United States. Breidsprecher said better quality video is even more significant with sports — soccer in particular for the Azteca America audience — as the distinction between HD and SD is even more prominent. He expressed hope that eventually more Ultra-HD will come to the U.S., as the company relies on what TV Azteca produces in Mexico. TV Azteca’s recent foray into Ultra-HD used satellite and terrestrial distribution with digital compression from Ateme.

“What I do see is my affiliates asking more and more for IP-delivery through an Integrated Receiver-Decoder (IRD) rather than sending them to an encoder and getting the signal from satellite. I see more interest because the capex investment is lower. You don’t have to buy a dish, you can only have a decoder — which you need in both cases — but when your signal is through IP, it requires less space and you can receive it anywhere. You don’t have solar interference or shutdowns. I think it is more reliable and people are starting to prefer doing that rather than receiving [the feed] through satellite,” he said.

Azteca America does not have its own OTT platform, but works with different distributors to launch its own network services through them. Breidsprecher described OTT as a competitive and fragmented market, making it difficult to enter.

“The internet has its advantages but also poses its challenges,” he commented.

Ultimately, he said Azteca America wants to deliver high quality content to all screens, including not only televisions but also phones, tables and other devices.

“For Azteca America, broadcast continues to be our core business, however as a media company we need to constantly evolve with the changing marketplace,” Breidsprecher said.