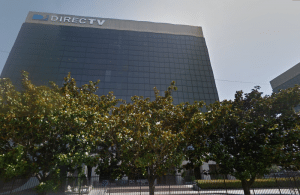 [Via Satellite 07-21-2016] AT&T executives touted the company’s DirecTV acquisition as a success in the company’s July 22 second-quarter conference call, noting the next step for the company’s satellite acquisition would be to launch an Over-The-Top (OTT) streaming TV subscription service this Fall.

“One year after our acquisition of DirecTV, the success of the integration has exceeded our expectations,” said Randall Stephenson, AT&T chairman and CEO, in a statement released in tandem with the second-quarter conference call. “Cost synergies are ahead of target, we’ve added nearly one million DirecTV subscribers since the acquisition, and our new video streaming services are scheduled to roll out later this year. We plan to serve every segment of the video industry and offer customers their favorite content virtually wherever and whenever they want it.”

AT&T’s consolidated revenues for the second quarter totaled $40.5 billion, up more than 22 percent versus the same period last year, which the company largely credits to the July 24, 2015 acquisition of DirecTV. The company also saw a growth in its satellite video services alongside other segments such as advertising and IP services, which served to offset lower wireless equipment sales. AT&T began bundling satellite with more services earlier this year finding that satellite, when offered with other services, is drawing the attention of more customers.

Going forward, the company is looking to its up-and-coming OTT service, which will launch in the fourth quarter of 2016, to offset further slumps in wireless sales.

“We’re about to introduce an over-the-top product that we believe will be a game changer. DirecTV now is scheduled to launch [the product] later this year, and we expect the millions of people who don’t now subscribe to a video service and prefer a streaming option will be impressed,” said John Stephens, chief financial officer and senior executive vice president, during the call.

Furthermore, the company is hoping that DirecTV’s OTT services will pave the way to huge earnings and its eventual target of $20 billion in free cash flow by 2020.

“We now have a line of sight to continue margin improvement as well as reaching our goal of $20 billion in free cash flow. This is what we need to do to reach those goals: step one, is achieving the cost synergies from our DirecTV acquisition. We are on track to achieve $1.5 billion-plus run rate synergies with DTV by the end of this year. That puts us well on our way to hit our projected $2.5 billion-plus run rate savings by the end of 2018,” said Stephens.

UBS Analyst John Holdulik in a research note released on July 22 points to OTT as the next major phase of this target and the final justification for the DirecTV purchase last year.

“The next major development for the company will be the launch of its OTT products in October. The company has the programming arrangements in place and is working out the technical issues to ensure a smooth launch. Management expects OTT/wireless bundles to drive improving trends in both segments while supporting the strategic rationale for the company’s $62 billion purchase of DirecTV,” said Holdulik.

The company is bullish about its launch of streaming services, but says it is focusing on bolstering quality before releasing the product to consumers.