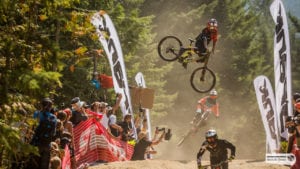 [Via Satellite 07-18-2016] Freesat, the ITV and BBC subscription-free satellite TV joint venture, has signed a distribution agreement with the Bike Channel to reach viewers across the U.K. Through the agreement, the Bike Channel is now available to more than 17 million households in the country.

The Bike Channel provides live and exclusive coverage of many top professional races, including the Gent-Wevelgem, Tour de Romandie and Giro del Trentino, as well as documentaries, entertainment and original programming. The channel is aimed at cyclists and cycling fans, and appeals to leisure riders, racers, mountain bikers, commuters and triathletes. Sky and Virgin Media also distribute the channel across the U.K.