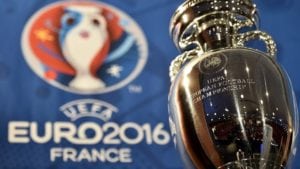 [Via Satellite 06-15-2016] Spacecom and Hungaro DigiTel Kft (HDT) are broadcasting the activities surrounding the UEFA Euro 2016 Football Tournament to Hungary. Spacecom’s Amos 3 communications satellite is supporting the tournament by carrying live broadcasts, behind the scenes content, special interviews and more from France to Budapest from its orbital location at 4 degrees west.

“HDT’s Euro 2016 broadcast project enhances our broadcast cooperation with Spacecom and its Amos satellite fleet,” said HDT General Manager, Antonio Felizardo. “For over a decade we have been working closely with Spacecom in our data transmission business. Over the past few years we have begun working in the broadcast field and we are excited by this shared initiative which adds a new aspect to our teamwork.”

Spacecom’s newest satellite, Amos 6, is scheduled to launch to the 4 degrees west hot spot later in 2016. This satellite carries 39 Ku-band segments and 24 Ka-band beams, providing a variety of services, including broadband Internet to Sub-Saharan Africa for Facebook.