[Via Satellite 04-20-2016] Ultra-HD continues to grow in popularity, and some of the first full commercial satellite channels have launched over the past few months. According to Statista, 4K television sales — a key indicator of consumer acceptance — will reach a projected 48.1 million in 2016, up from just 900,000 in 2013. The research group anticipates global market penetration for Ultra-HD televisions to pass 20 percent by the end of this year.

To better steer the development of Ultra-HD, the Ultra-HD Forum recently released its first set of guidelines for end-to-end workflows for creating and delivering content. 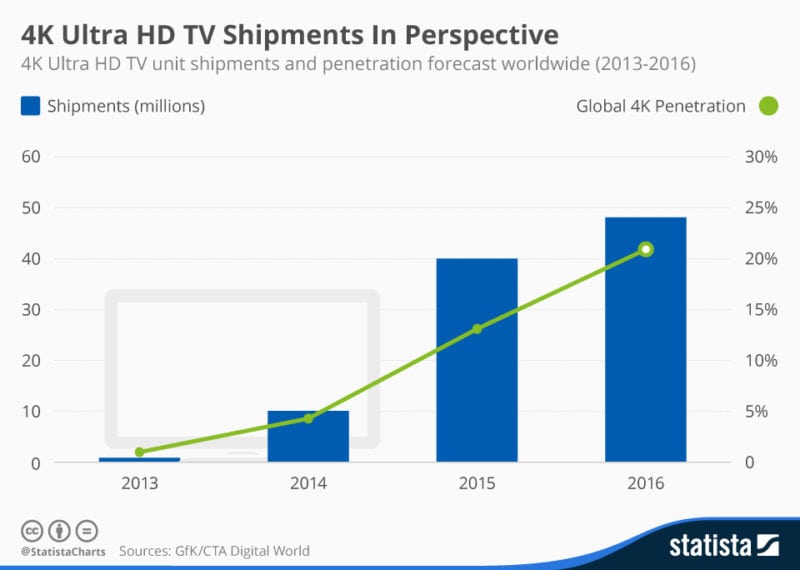