Sentech Extends Intelsat 20 Contract for DTH and DTT in Africa 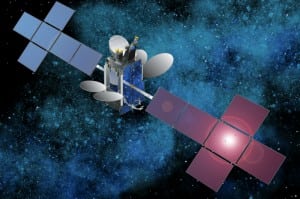 An artist’s rendition of Intelsat 20, the satellite with which Intelsat 36 will colocate. Photo: Intelsat

[Via Satellite 09-25-2015] Sentech, a broadcasting signal distributor in Africa, has extended its contract with Intelsat for multiple years. Sentech will continue to leverage Ku-band capacity on Intelsat 20 at 68.5 degrees east to cost-effectively expand and enhance its Direct-to-Home (DTH) and Digital Terrestrial Television (DTT) services in Africa.

The Intelsat 20 satellite will provide Sentech with an expansive selection of nearly 500 channels, 31 of which are High Definition. Sentech will maximize its efficiency as it distributes DTH as well as national DTT programming to South African viewers using a single, multiplexed transmission.

“As the rest of the continent continues the migration to DTT, the power of Intelsat 20 will enable us to efficiently deliver digital services to the largest number of viewers as well as expand our customer base. Most importantly, it will enable us to enhance our channel selection and deliver more affordable, entertaining programming to viewers across multiple channels throughout South Africa,” said Leago Takalani, executive: technology at Sentech.