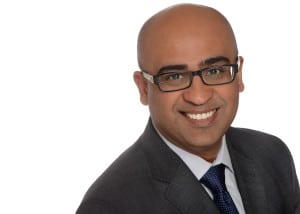 Synacor works with dozens of Multichannel Video Programming Distributors (MVPDs) and provides OTT-enabling services to many companies. OTT is often looked at as both a blessing and a curse for satellite companies as its increasing acceptance changes the way video content is consumed. Himesh Bhise, CEO of Synacor, told Via Satellite that while Internet Service Providers (ISPs) may often have an advantage when it comes to OTT, satellite has a fundamental role to play as well.

“When you think about it, satellite was the original OTT — having been a disruptive force in the pay-TV landscape for over a decade now,” he explained. “OTT represents an opportunity for satellite operators to push the costs associated with delivering video downstream now that video delivery over broadband has matured from a niche offering to real contender in the fight for consumer subscriptions and engagement.”

Bhise pointed to Dish’s Sling TV OTT service and DirecTV’s merger with AT&T as prime examples of how leading satellite operators are lapping into OTT. This year has witnessed more operators adding OTT as well. In January Eutelsat partnered with Neotion and Broadpeak on a global solution for Free-To-Air (FTA)/secure OTT services for smartphones, tablets and 4K screens. Later in the second quarter Arabsat kicked off its multiplatform OTT television service Arabsat TV Everywhere with Globecast.

“Instead of competing with OTT, satellite industry shall integrate OTT distribution to their offerings,” Markus Placho, head of media business unit at Siemens Convergence Creators, told Via Satellite. “Doing so, they can offer a ‘best-of-both-worlds’ solution to their customers. I am convinced that there is a strong demand out there for joint satellite and OTT offerings. Jointly (satellite and OTT industry) we can utilize synergies for our customers who are seeking for OTT and satellite distribution.”

The combined Synacor-Siemens Convergence Creators-EveMeta platform targets a broad array of consumer devices including connected TVs, iOS and Android smartphones and tablets, gaming consoles such as Microsoft’s Xbox One and Sony’s PS4, and OTT devices such as Roku and Android set-top boxes. Placho said Siemens Convergence Creators wanted to expand to the United States with its OTT solution, making Synacor its ideal partner. The U.S. will be a primary area of interest for the platform early on.

“Our initial market emphasis is U.S.-focused, building upon our customer base and integration expertise with more than 50 MVPDs, plus the great consumer demand, especially among Gen X and Millennials — 38.2 billion videos being downloaded in the U.S., up 43 percent year-over-year; a 388 percent increase in online TV authentication; and 91 percent of consumers saying it’s important to have access to content any way they want it,” said Bhise.

Placho added that worldwide OTT is expected to climb at a Calculated Annual Growth Rate (CAGR) of 15 percent out to and beyond 2019. Following the U.S., he said Canada and Mexico are possible secondary extensions of the partnership. Siemens Convergence Creators expects viewing time to progressively shift toward OTT-based distribution, but that satellite and cable providers will continue to play a critical role. Bhise said OTT could spur on 4K as well, particularly around the holiday season at the end of the year when many consumers are likely to purchase new televisions. And, like 4K, Bhise described OTT as a more naturally accepted evolution of video, giving further confidence to its growth.

“Unlike previous technology advances like TV Everywhere and 3-D, which have taken years to develop, interest in offering OTT services is moving much faster and uniformly. So, many operators are looking at 2016 as the year of OTT as they line up their budgets and priorities this fall. No one wants to be left behind. With content owners now offering their products direct to consumer, the ante has been upped and operators of all kinds see both threats and opportunities to strike and win that first wave of consumers who have tired of the big bundle of channels,” said Bhise.