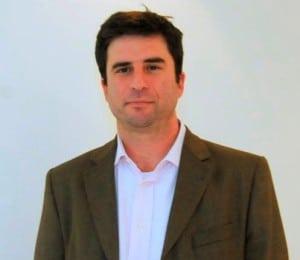 [Via Satellite 07-09-2015] Oi TV, the pay-TV arm of Brazilian telco Oi, is confident that High Definition (HD) channels will be a major draw for customers across the country. The company’s pay-TV subscriber base reached 1.247 million by the end of 2014, an increase of 50.5 percent over the previous year. Furthermore, in households with Oi services during the first quarter of 2015, Oi TV’s penetration reached 11.5 percent, an increase of 4.3 percent year over year.

“Oi is betting on the pay TV market as a major target of its business strategy. Oi TV is the anchor of the company’s convergence strategy, which also includes local voice transmission services and long distance, broadband, and the largest Wi-Fi network in Brazil,” Ariel Dascal, director of Oi TV, told Via Satellite.

With the exception of São Paulo state, Oi TV provides cable TV service throughout Brazil. The company experienced a small sequential decline in Q1 customers, but this was more than offset by a 6.5 percent growth in Average Revenue Per User (ARPU) among pay-TV customers. Oi TV’s pay-TV churn rate was also 3.5 percent lower in households with three Oi products than in households with only Oi TV, adding weight to the company’s convergence strategy.

“The recurrence of the good results came especially after the investment at the SES 6 satellite, which has the highest capacity of the Brazilian market, and at Oi TV’s new headend that enables the deliverance of a product with high quality of sound and picture,” said Dascal.

Sam Rosen, practice director at ABI Research, told Via Satellite that, in some ways, Brazil has been a slow-to-develop market largely due to regulatory reasons. He said traditional telephone companies continue to lead the broadband markets with DSL products constituting roughly 72 percent, and that cable companies put very little pressure on the market. From a pay-TV perspective, he pointed to satellite as the leading platform, comprising 60 percent of the pay-TV market and including the majority of the higher ARPU customers.

“However, triple-play subscribers likely account for less than 50 percent of the pay-TV market — low compared to regions where cable operators entered broadband markets sooner and with more substantial [Internet Protocol Television] IPTV assets, which have been hindered by regulation. There is telco ownership of some satellite platforms (notably, Oi as well as Telmex’s ownership of the via Embratel platform in addition to Net Servicos cable network), but this is more structural rather than consumer facing,” he said.

Oi TV counts its volume of regional HD channels, as well as open channels, as a key differentiator. HD channels, of which the operator has a lineup of more than 60, are included in all its offers. Furthermore, Oi TV transmits TV Globo in HD by satellite, compressing the files using MPEG 4 technology. The company also offers the Oi Movies service for Pay-Per-View (PPV) or Video-on-Demand (VOD) services, and in 2012 it launched IPTV over Fiber to the Home (FTTH) service.

Beyond this, Oi TV is also evaluating Ultra-HD. Dascal said he expects these broadcasts will take root in Brazil soon.

“Oi was the official sponsor of the 2014 FIFA World Cup and Oi TV performed very successfully the first live transmission in Ultra-HD (4K) in Brazil, using the Direct-to-Home (DTH) satellite technology. It was a historic moment of the Brazilian television. The 4K is a reality in Europe and the United States, and Oi TV anticipated this trend to Brazil,” he said.

Rosen, however, said 4K pay-TV is still in its infancy across the world, with much of the activity centering on trials and demonstrations.

“Of course the World Cup was a great trial event for 4K, but those demonstrations were driven by international video services, rather than the local Brazilian audiences. VOD and [Over-the-Top] OTT services which have launched with 4K in the United States (Netflix, Amazon, M-Go, etc.) rely on strong broadband networks which don’t reach a critical mass of customers in most of Latin America; some pay-TV operators are mimicking this approach. In general, Latin America will lag North America by 12 months to 24 months due to economic drivers and scale,” he said.

ABI Research expects DirecTV to roll out its 4K platform to Sky Brazil earlier than others. This could mean the delivery of some units by mid-2016 even in Brazil, but Rosen said the research firm expects that to remain relatively unimportant from a mass adoption standpoint.