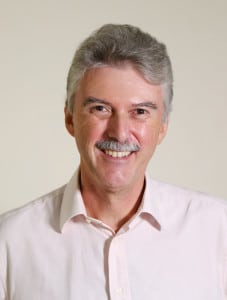 [Via Satellite 05-05-2015] Azam Media, a fast growing Direct-to-Home (DTH) service provider in East Africa, has climbed to more than a quarter-million subscribers since first launching in December 2013. Starting in Tanzania, the company expanded to Uganda in October last year, and opened up a new office in Kenya two months later. Rhys Torrington, CEO of Azam Media, told Via Satellite the company has sold approximately 265,000 Set-Top-Boxes (STBs) to date and plans to enter more markets in the near future.

“We are expanding slowly across the East African footprint. We also have a partner that we work with in Zambia who puts our channels on his platform, and we have a partnership about to start running in Sierra Leone,” he said. “The next big one on our list to try and address will be the Democratic Republic of Congo.”

A flagship company of the Bakhresa Group, Azam Media is focused on providing channel bouquets at a cost that is more easily afforded by citizens of East African nations. Torrington describes the attitude toward satellite TV in these markets as one of luxury up until fairly recently. New providers have cropped up, such as Zuku in Kenya and StarSat in South Africa.

Euroconsult expects the entrance of new Free-to-Air (FTA) and pay-TV platforms will have a heavy influence on the African TV market over the next decade. The research firm’s “Prospects for Satellite Communications and Broadcasting in Africa” report highlights the emergence of digital TV as a catalyst for satellite in the region, contributing to a projected Calculated Annual Growth Rate (CAGR) of 11 percent for capacity leased over the next decade.

With new entrants such as these and Azam Media coming alongside established players like MultiChoice, Torrington describes the market as just starting to heat up. Wages are rising, enabling more people to pay for satellite TV, and infrastructure for power has improved, making it feasible in more places.

“It’s one thing to have a television set. It’s another to make it work. The spread of electricity outside of the major cities, and the consistency of supply has made a big difference,” he said.

The outbreak of Ebola delayed Azam Media’s expansion into Sierra Leone, but as the situation comes under control, the company is ready again to tap into this market. Azam Media is also operating in Rwanda, and will soon start operations in Malawi and Burundi, Torrington said. Any country with a sizeable Swahili-speaking population is within its sights.

“Our aim is to get within a two-year time frame up to around 400,000 to 450,000 active subscribers, so coming up to doubling where we got to in 16 months. We reaped a lot of the low hanging fruit. Now we’ve got to get a ladder to get a bit further up the tree, and also find some more trees in new countries,” said Torrington.
Azam Media launched its TV service on the Eutelsat 7A satellite in 2013, and leased a new transponder on Eutelsat 7B in March this year. Torrington said FTA channels in new territories will soak up new capacity first. Currently about 90 percent of the venture’s channels are pay-TV, with the remaining 10 percent comprised of FTA. The company also typically offers the state broadcaster as an FTA channel in each country. But the capacity will also go toward reaching other goals.

“From a real investment point of view, the focus right now is on getting more content. We’ve got a lot of sports content, particularly football, but that’s an asset and a weakness. You end up with 60 to 80 channels and people are only watching one of them, and when the football season finishes they stop watching that as well and stop paying their subscription,” he explained.

Azam Media has exclusive rights to the Vodacom Premier League in Tanzania, and over the last couple of months gained similar rights for the Azam Uganda Premier League, the FKF League in Kenya, and the Primus League in Burundi. Soccer fans have become a major customer segment, and the company relies on Spacecom through RR Media to uplink outside broadcasts of sporting events. Torrington said gaining more diverse content will likely result in greater satellite capacity needs.

Additionally, the company opened a studio complex and head-end facility in the Tanzanian capital of Dar es Salaam in March, and intends to play a more active role in the creation of local content.

“Beyond just creating our own programs, we want to play an active role in more local dramas and movies series, rather than outside of our own channels just being a conduit for slightly ancient American soap operas and movies, which is pretty much the standard fair of a pay-TV channel in Africa. We want to start doing some original work,” he said.

The other big goal is to begin offering HD channels. Torrington said the company aims to have up to three or four channels tops by the end of the year, though it could alternatively start with one HD sports channel instead and add more channels in 2016. Azam Media could also look to tag up with a local broadband operator for alternative delivery mechanisms of television content.
Torrington said Ultra-HD is too far out to consider at this point, because a large number of customers will still be watching using cathode ray tube televisions.