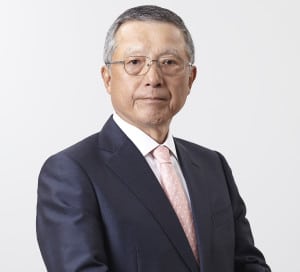 [Via Satellite 04-01-2015] One month ago Sky Perfect JSAT launched its first two dedicated 4K Ultra-HD channels on its JCSAT 3A and JCSAT 4B satellites. Shinji Takada, president of SKY Perfect JSAT, told Via Satellite that the success of these two channels will guide the decision-making process on whether or not to add more.

“We plan to first focus fully on achieving reliable broadcasting of the newly launched SKY Perfect 4K General and SKY Perfect 4K Cinema channels, and will later discuss the possibility of launching additional 4K channels based on the first channel launch results,” he said.

These two channels, launched on March 1 are significant for the satellite industry as many eagerly await the mainstream adoption of 4K. The movie channel SKY Perfect 4K Cinema provides pay-per view service for new releases, classics and traditional films from Japan and around the world. The company’s initial plan is to release 50 films annually, Takada said. The other channel, SKY Perfect 4K General, provides a wide range of TV programs, such as sports, music and travel.

The Japanese market is a frontrunner for high quality broadcasts. Takada said he wanted to introduce 4K ahead of other companies, and plans to continue actively engaging the technology in the future. Declining prices for cameras and editing equipment coupled with growing interest in 4K TV sets add to the company’s resolve.

“Sales of 4K-related devices have advanced so rapidly. In Japan, this has reached a level where 4K now constitutes over 5 percent of display sales by number of units, and over 20 percent by monetary amount. At home electronics retailers, the TV departments have 4K as far as the eye can see. With display size range broadening as well, I have no doubt that home TVs will steadily be replaced with 4K models in the future,” said Takada.

“4K progress rate in Japan is driven by the 4K TV set adoption rate, government initiatives, as well as content availability,” adds Khin Lynn, industry analyst, forecasting at ABI Research. “In addition, the Japanese government is aiming to implement 4K test broadcasts across Japan by 2016 and upgrade the broadcast networks to 4K capacity.”

Lynn told Via Satellite that the majority of 4K TV sets prices are still kept premium by manufacturers, but that prices are expected to drop as a way to encourage mass adoption. Though Lynn expects North America will likely become the fastest growing market for 4K in 2015 and onwards, Japan has considerable momentum of its own.

Takada said domestic and global expansion of mobile development will also be a major driver of growth for SKY Perfect JSAT in coming years. The operator is looking to expand its overseas business WakuWaku Japan, evaluating High Throughput Satellite (HTS) opportunities and keeping an eye on business alliances and Merger and Acquisition (M&A) possibilities.

“Based in East Asia, we see great growth opportunities in broad Asia regions, where economies are booming. Our upcoming new satellite JCSAT 14 will help capture some of those demands. In addition, we are also seeking to expand our service coverage further east (i.e., Pacific Region) as well as further west (i.e., Central Asia, [the Middle East and North Africa] MENA and Africa) through marketing efforts and partnerships. In terms of the applications, Mobility (maritime and aero) has been one of the key drivers, and we see this trend continuing at least through the next few years,”  Takada said.

Including JCSAT 14, SKY Perfect JSAT has four future satellite projects underway. Each replaces existing missions both domestically and globally. SSL is building three: JCSAT 14 to replace JCSAT 2A for covering the Asia Pacific region, JCSAT 15 to cover Japan and the Indian Ocean, and JCSAT 16 to serve at a variety of orbital locations as an in-orbit back-up satellite for Ku- and Ka-band satellites serving the Japanese market. Mitsubishi Electric is building Superbird 8, the successor to Superbird B2, which brings Ku- and Ka-band coverage to Japan.