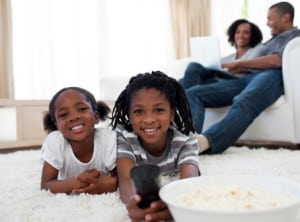 [Via Satellite 03-30-2015] Strong Media SAL-Off-Shore (SMO), a digital television receiver equipment specialist, has entered a new multi-year agreement with Eutelsat to launch pay-TV services in Sub-Saharan Africa. The company leased capacity on the Eutelsat 16A satellite in order to launch a variety of channels in English, French and Arabic.

SMO owns operations for distribution, technical support and after-sales service in several Sub-Saharan Africa countries, which it plans to leverage for the provision of new services. The company has resized and rebranded its “My TV” services as “My TV Smart,” on Eutelsat 16A. SMO’s new French- and Arabic-speaking pay-TV services “Ma TELE” and “Shashatee” are slated to begin on the satellite in April. Ma TELE provides nearly 30 channels to target markets of Côte d’Ivoire and the Democratic Republic of Congo, along with a line-up of unencrypted Free-to-Air (FTA) channels.