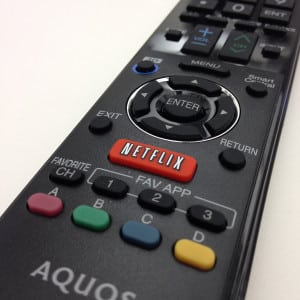 [Via Satellite 02-04-2015] Over-The-Top (OTT) operators could overtake satellite as the frontrunner for next generation video, according to analysts at Futuresource. While the satellite industry has been zealous in its pursuit of 4K, OTT operators are facing fewer barriers in bringing higher definition content to viewers, potentially positioning them to supplant satellite as the harbingers of the latest in video.

“I think from an actual capacity issue, if you look at the migrations to high definition, satellite was one of the first to come to market with multiple channels, because satellite transponder capacity was easier to grow than the pipe that’s in the ground,” Carl Hibbert, associate director of entertainment content and delivery at Futuresource told Via Satellite. “I think satellite will be prominent, but when you look at who has got the first-to-market advantage here, it’s the non-traditional operators, the OTT vendors like Netflix and others. We’ve almost seen a shift in the race for the finishing post.”

Among the challenges facing the traditional pay-TV market, a mainstay of the satellite industry, is the simplicity of getting monetized content to consumers. Hibbert added that an OTT vendor mainly needs a big enough bandwidth pipe and an end user with a smart-TV to deliver 4K to viewers. Pay-TV operators however, typically require updated Set-Top-Boxes (STBs). Most of these devices currently lack High Efficiency Video Coding (HEVC) chips, and limitations on HDMI output can further complicate access to 4K. Hibbert expects the pay-TV industry will start to see HEVC chips deployed in high-end STBs very quickly throughout this year, but he said it will take much longer before there is a sizeable commercial footprint.

“The fact that, pretty much at the moment, it is only movies and high end dramas that are available plays into the hand of companies like Netflix. Typically, movies and sports are the genres that will go to the new technology fastest, and those are the lynchpins of the big operators,” added Adam Cox, head of broadcast equipment at Futuresource.
Cox noted that the entire broadcast industry as a whole is progressing toward 4K as the next big goal. Last year DirecTV launched its inaugural 4K service, and Netflix, Amazon and Wuaki have all spearheaded 4K content as well. Hibber said Futuresource has seen a more rapid shift in the past three to four years within the broadcasting space than in the last 20. Still, the proliferation of OTT services does not look to be the end of traditional pay-TV or Free-to-Air (FTA) broadcasts anytime soon.

“With really fast uptake of OTT services, they have a lot of hype about the increasing reality of cord-cutting,” said Hibbard. “We’ve seen a massive transition in the way consumers are getting content. But at the same time large broadcasters are still key and because of that, even though there has been lots of revolution in this sector, I think the overall content sector will move slowly, more akin to an oil tanker as opposed to a speedboat.”

In many ways the satellite industry is implementing new twists on OTT and non-traditional broadcast methods such as Internet Protocol Television (IPTV). Eutelsat, for example created a satellite OTT solution with Neotion and Broadpeak that functions separately from terrestrial IP infrastructure to bring 4K to devices such as smartphones and tablets. SatLink Communications has expanded its content management services to cater to IPTV and OTT customers, and Korea Telecom has embarked on a goal of having more than 500 IPTV Ultra-HD programs. Several other satellite operators and service providers are implementing new ways to deliver video through IP as well.

Futuresource is seeing a 4K push from technology vendors — ranging from broadcast equipment developers to consumer electronics vendors — that is bringing down margins and prices for 4K technology. Adding 4K to products is seen as a great selling point, Hibbert said. But when it comes to bandwidth capacity the decision to host one 4K channel instead of four HD channels, or a number of SD channels is not an easy one. Hibbert said broadcasters could potentially switch on a channel for a few hours a day, but it ultimately comes down to how much value it brings. Still he expects satellite will continue to be a major influence.

“I think for the satellite industry, the next generation of high quality broadcast content is key to sustain their traditional business model of having the best content in the best quality. So I think satellite will be a key driver,” he said.