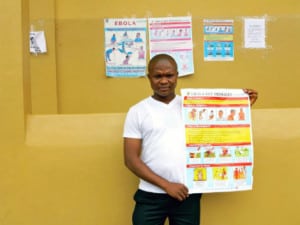 [Via Satellite 11-11-2014] SES has initiated broadcasts of an Ebola-focused education channel called “Fight Ebola” on its Astra 2F and SES 5 satellites. The channel is available for both Free-to-Air (FTA) and pay-TV viewers in West Africa, and is dedicated to providing an understanding of the disease and how to prevent its spread.

UNICEF, Doctors Without Borders (MSF), and End Ebola Now, along with other organizations have contributed content for the channel. British Premier League football players with West African origins from Chelsea, Everton, Stock City and Tottenham Hotspur have also endorsed the program.

“Through the channel we hope to further educate people. Many people do not understand this disease and therefore, tragically, do not seek the medical care they need. Fight Ebola broadcasts content to millions of people that need to be informed on the risks of Ebola. The content on the channel comes from multiple sources endorsed by the Luxembourg Ministry of Health,” said Ibrahima Guimba-Saidou, SVP commercial Africa at SES.