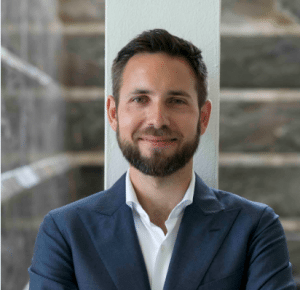 [Via Satellite 06-26-2014] Millicom, owner of the Tigo brand, has set its sights on Latin America as a top growth market. The company has been aggressively expanding across the region and now operates pay-TV services in six countries: Bolivia, Costa Rica, El Salvador, Guatemala, Honduras and Paraguay under the brand Tigo Star. Once Millicom’s Colombian segment completes its merger with fixed line operator UNE, the company plans to extend the Tigo name to an even larger audience, and satellite will continue to play a major role in Millicom’s plans.

Millicom launched its first satellite services in April over Bolivia and El Salvador. The move followed another acquisition, this one of fixed-line company Multivision, in 2013. In May of this year Millicom signed a multi-year contract for capacity on Eutelsat Americas’ Eutelsat 117 West A satellite.

“These markets, with low penetration of pay-TV and a significant population living outside urban cable areas, were ideal markets to launch such services — like many others in Latin America,” Martin Lewerth, executive vice president for home and digital media at Millicom told Via Satellite. “Satellite enables us to reach audiences who live outside urban cable areas and allows us to offer a bundle of value services, including mobile and broadband, as part of the company’s ‘Digital Lifestyle’ strategy.”

Bolivia and El Salvador have 75 channels broadcast Direct-to-Home (DTH) by satellite. Millicom also has some exclusive FIFA World Cup rights for mobile and broadband distribution. The company has no linear TV rights, and decided to broadcast several games over Free-to-Air (FTA) channels. In June Millicom extended its Tigo Star pay-TV service in Costa Rica and Honduras, using satellite to broadcast more than 70 channels, four of which are in HD.

“Our insight informs us that audiences are interested in a variety of content including entertainment, factual news, movies and sport — including material that is locally produced and focused. That’s why, for example, we launched a dedicated Tigo Sports channel in Paraguay in February. Premium content and HD are high in demand while 4K services are too early in our markets,” said Lewerth.

Lewerth said Millicom is carefully watching the way customers and potential customers consume video content in order to keep pace with new trends. He added satellite has “a big part to play” in adding a new dimension to the Tigo brand.

“Like everywhere else, the landscape is changing fast as people demand access to content at [all] times and on devices that suit their lifestyles. TV will remain the primary means for many years to come by which people will consume video but, as broadband networks and mobile devices become more reliable and accessible, the pattern of demand will change and we will be ready to offer services to serve that,” he said.