SES CEO: ‘Our Right to Play’ 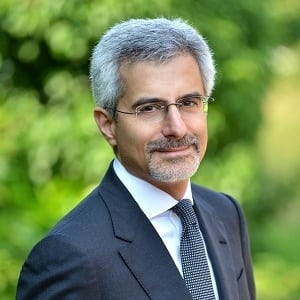 In one of his first major speeches, new SES CEO Karim Michel Sabbagh emphasized the satellite’s industry “right to play” in the overall communications industry, as well as its ability to stay “relevant.” In a wide-ranging presentation during the CASBAA Satellite Industry Forum 2014 at the Shangri-La Hotel in Singapore, Sabbagh spent more time talking about the overall dynamics of the industry, rather than a specific vision for SES.

Sabbagh said the industry is now seeing a number of new complex scenarios, as well as an emergence of new players and segments. He spoke of “next generation video and next generation data” environments and that the satellite sector must face up to new competition, as well as take the opportunities in the highly lucrative Information and Communication Technologies (ICT) arena.

When discussing this next generation video environment, Sabbagh said the mantra of “anytime, anywhere” and on any device is fostering a new reality, and that despite the onset of Over-The-Top (OTT) alternatives, the satellite industry can “remain relevant” and has a “right to win” in the broadcast sector. He admitted that pay-TV, specifically Direct-to-Home (DTH) operators, are being challenged by Internet Protocol Television (IPTV) and OTT alternatives, but that there are still many reasons to be optimistic.

“The consumer is jumping into 4K. Simulcasting will be an opportunity for us. In mature markets, there are still opportunities which have not been seized. In developing markets, there is no legacy of fixed networks. Even fiber today is not providing a full solution,” said Sabbagh. “In the World Cup, OTT players have not been able to cope with bandwidth pressure. This is an example where satellite technology can help. We are moving to a more mature video environment.”

Sabbagh also addressed the data environment saying that, despite the onset of fiber, satellite does has a role to play. He cited the situation in Europe, where there is a goal of having 50 percent of households in the European Union connected at speeds above 100 Mbps and the other 50 percent to have an above 30 Mbps broadband connection by 2020, and said such targets are unrealistic. “Europe is not going to get there,” he said, calling it a “mission impossible.” He added, “I come from the telecoms world. Satellite answers two weaknesses: the reach and the quality of the experience,” which are the main obstacles for the EU’s goals.

An acceleration in satellite technology will be needed for the industry to stay “relevant,” a key buzz term for Sabbagh. Improving time to market when launching new satellites is critical, he said. “For many operators, there are a number of opportunities that we are not able to pursue, because we need to refigure the economics of building and launching a satellite,” Sabbagh added. “The economics for our industry have improved by a factor of three since the year 2000. If you compare this to the mobile industry, we are in two different leagues. The mobile industry has improved its capability at a much faster rate.”

Sabbagh also warned the satellite industry would need to work together as he continued to preach about the industry’s ability to be “relevant.” “We need to secure our right to verticals. We need to make sure our voice is adequately heard. If I take the top four satellite operators, they would have 4,000 employees. A tier two telco in Belgium would have 5,000 employees. Whether you are global, regional, or local, the ability to serve customers is key. None of us may have all the answers. If we don’t do that, we will be substituted by the ICT industry.”