RRsat Plans Expansion in US Market 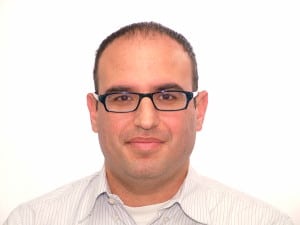 [Via Satellite 03-20-2014] Propelled by the growth of its American market, Israel-based RRsat Global Communications Network is opening a new corporate office in the United States, and has established a new management team to lead RRsat America. The expansion includes a major overhaul of the company’s New York Metro teleport and broadcast facility, which follows upgrades to the company’s Hawley teleport in Pennsylvania. RRsat provides digital content distribution services through satellite and terrestrial means. Ohad Har-Lev, former managing director of RRsat’s mobile satellite service, has now been appointed as president of RRsat America. In his new role, Har-Lev told Via Satellite that he sees satellite playing a key role in the company’s move to beef up its presence in the U.S.

“I don’t see satellite going anywhere anytime soon,” he said. “Contrary to popular belief, I think satellite use is an integral part of every single solution that we offer. I would say for the vast majority of the services we have, there will be a satellite component.”

Har-Lev expects satellite to continue playing a large part in the U.S. market, and mentioned that RRsat is looking to expand its footprint over North America. He added that RRsat is “now discussing actively quite a few transactions,” and that some of them may come to fruition during the first half of 2014.

“We now have capacity on 44 different satellites,” Har-Lev said. “On some satellites it’s half a transponder, some it is five or six transponders, and we see that we are actually increasing the number of satellites on which we have transponders, but it is only part of the solution.”

Before the move to bolster its presence in New York, RRsat began the process of expanding in the U.S. in April 2013 with the acquisition of SM2 Sports and Media Solutions for $1.2 million. Following this acquisition was a surge in RRsat’s coverage of sporting events and occasional use projects. The company set its deadline for training and readying its new team — which included several new hires — for August 2013, the beginning of the NFL season. This was part of a three-step plan to create a local support network for end-to-end digital services.

“The first and foremost is manpower. We dramatically increased the amount of engineers, operators and technicians at the site so that we could start doing all the occasional use operations,” Har-Lev said. “Second was a connectivity upgrade, where we went with a fully redundant fiber link to Hawley, which is pretty much unlimited from the upgradable side. Thirdly was with a lot of hardware for audio, video, and compression as well as RF equipment in order to sustain growth in the business.”

“The more you go up to the more sophisticated customers, the more they need a complete solution for distribution,” explained Har-Lev. “The complete solution for distribution does have satellite portions to it. Even if you are a very large player and you have to go out to 10 or 15 different takers, then it just doesn’t make sense to go over 10 or 15 different fibers; it’s much more cost effective to put it on a satellite and go to everyone at the same time.”

In 2013 RRsat went from covering essentially none of the U.S. sports broadcasting market to covering hundreds of events per month. The company was able to do projects with the NFL, NASCAR, the LPGA and others. The next part of the company’s plan is to start offering content preparation, restoration, management and playout services to the U.S. market.

“Enhanced geographic presence in large markets like North America is one leg of [RRsat’s] new management growth strategy,” said Maayan Amsalem, global research analyst at Migdal Capital Markets. “The U.S. is a highly strategic market as it is in the forefront of technology and consists higher tier customers. The change in senior management and the implementation of an aggressive growth strategy is expected to lead to more efficient use of capital structure, which will lead to incremental improvement in fundamentals.”

Establishing a presence in New York will allow RRsat to rapidly deliver services from local sources. Today the company relies on its international offices to fulfill certain requests. According to Har-Lev, RRsat America will allow the company to meet the needs of its U.S. customers by relying on internal resources that are not so spread out.

“We can do a lot of things now, but we have an issue of providing world services end-to-end in the U.S.,” said Har-Lev. “For certain kinds of services, the location where the service is provided is an important part, and once this process is over, then we will be able to provide content management, media management, content preparation and online video services locally.”