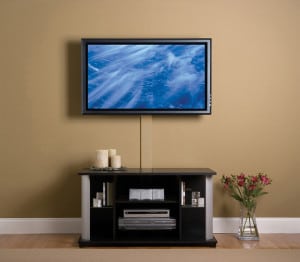 Pay-TV services are expected to grow rapidly over the next three years. Photo: Legrand

[Via Satellite 03-17-2014] Analysts at the Arab Advisors Group research company expect  pay-TV services in the Middle East to grow at a steady pace from 2014 to 2017. In a recent report titled “Satellite Pay TV in the Arab World: KPIs and Projections,” subscriptions in the Middle East are expected to generate $2.5 billion in total market revenue. Slow growth in the past has gradually matured to a point where more operators are showing interest in the region.

“The pay-TV market in the Middle East lags behind pay-TV markets in other regions in terms of penetration rates, so we believe that the market is still in its early stages, and will witness new entrants in the coming years,” Mai Al Zeir, senior research analyst at Arab Advisors Group, told Via Satellite.

Arab Advisors Group projects the Compound Annual Growth Rate (CAGR) of pay-TV’s total market subscribers’ base to grow at a rate of 12 percent from now until 2017, reaching a total of 18.8 million subscribers. Total market revenues are expected to follow at a CAGR of 11 percent. According to Al Zeir, market shifts toward customizable viewership are driving more people toward satellite pay-TV. Having the option of a tailored viewership that can be molded to specific viewing patterns is viewed as being much more favorable than traditional linear viewership. More features and options for watching programs draws further interest from viewers.

“We believe the main drivers of pay-TV in the Middle East are people’s longing for a more diverse content,” said Al Zeir. “Moreover, additional features that are being incorporated in pay-TV services such as HDTV, catch up TV, Video on Demand (VoD) and 3-D TV, are transforming the TV viewing experience. Also, pay-TV channels are considered more varied in terms of providing channels in various languages (Filipino, Spanish, Indian) and providing a wider range of programs; those traits might seem less prevalent on Free-to-Air (FTA) channels.”

Most of the Arab World still remains tuned to FTA satellite channels, but these changes are making pay-TV more appealing. International content remains the main driver of pay-TV adoption, of which English channels make up the greatest percentage. Piracy however, continues to leech away revenue, presenting a challenge for both satellite operators and broadcasters.

“Some operators are taking action to overcome piracy,” said Al Zeir. “One of the largest attempts taken by OSN was the ‘swap project’ in 2010, when OSN had announced on Dec. 19, 2010 that Dreambox and other pirate satellite users would no longer be able to watch OSN channels. All old set boxes in MENA (Middle East and North Africa) region were replaced with ‘silicone-secure’ boxes which are, reportedly, impossible to crack.”

Addressing challenges like piracy will help pay-TV grab a stronger foothold in the Middle East market. With the market continuing to mature, new opportunities are coming up in the region. Arab Advisors Group’s report focused on five major operators, but as the market continues to grow, Al Zeir said new faces entering the region in the next few years would come as no surprise.

“Indeed, we believe the fast paced technological changes will serve as a catalyst in pay-TV adoption and further expansion,” she said. “In addition, the market still accommodates the entry of other players; such an event will definitely stir up the dynamics of the market in the region.”