Demand for Occasional Use and Satellite Newsgathering Smoothing Out 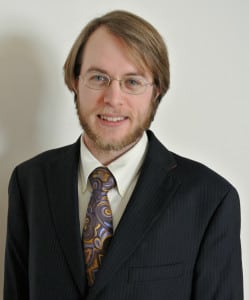 [Via Satellite 02-03-2014] The even-odd year oscillation of demand in the occasional use (OU) and satellite newsgathering (SNG) market is leveling out to a more regular year-over-year pace. A number of factors are playing into this change, but the primary influence is the gradual build up of fiber optic at large venues. As fiber grows into a permanent network around large events that typically require satellite, the need for bandwidth around them has begun to fall.

“The higher end bandwidth demand is diminishing because they are not having multiple redundancies,” said Brad Grady, senior analyst at Northern Sky Research (NSR). “They are only having one feed as the redundancy for the terrestrial system.”

High value media events like elections or the Olympic Games typically occur even years. To ensure uninterrupted coverage, venders often employed multiple back ups in the form of satellite, but as confidence grows in fiber, fewer levels of redundancy are being taken. Nevertheless, Grady says satellite will not disappear completely from these events because, despite losing ground to the permanency of fiber, satellite remains the number one back up option.

“It looks really bad if during the middle of the Super Bowl, [or] at the last 10 seconds of the game, the signal drops out because somebody cuts the fiber line or there is a switching problem with the fiber optic network,” he explained. “So there will always be a satellite that is transmitting the signal to a centralized distribution network. It will always be there, but its going to play a more limited role going forward, especially if you go outside that role and start talking about things like major league baseball games or just regular pre-season or mid-season NFL games. Satellite might not even be on location because there’s not that pressure where it is completely unacceptable to lose the signal.”

Instead of playing a primary coverage role at large, climatic events, satellite is expected to grow its coverage of smaller activities, especially outside of the United States and Europe. Smaller venues lack a cost-effective means to run fiber when hosting atypically large events. When they are selected for events with lots of media coverage, satellite remains the best choice to broadcast, especially in HD or 4K.

“For the games leading up to the World Cup, depending on where those games are taking place, fiber might not be there, or might be unreliable,” said Grady. “Sometimes the terrestrial infrastructure just isn’t developed enough to support that higher quality production occurring at that stadium where it doesn’t occur everyday.”

Sharing the blame for diminishing demand in the OU/SNG market are internal pressures caused by new compression techniques and changes in frequencies. Grady noted a steady migration within the satellite industry from C-band to Ku, Ka and GEO-HTS. Combined with the switch to IP-based systems or file-based workflows, less bandwidth is needed to live-cover events. Simplified equipment is also making on-site compression easier than before, which is an attractive cost saver to news gatherers. This allows operators to sell more bandwidth and is helping to even out the odd year slump.

“If they have the new equipment, then they need less people on-site,” Grady added. “They don’t need a dedicated satellite technician. Whereas before if you had a really large C-band antenna or even a Ku-band antenna, you would need a dedicated satellite technician to enable the link and make sure the modem is up and working. So the simplification of graphic equipment is a big factor there.”